A massive hunt has been launched to track the LeT militants responsible for the attack, they added. 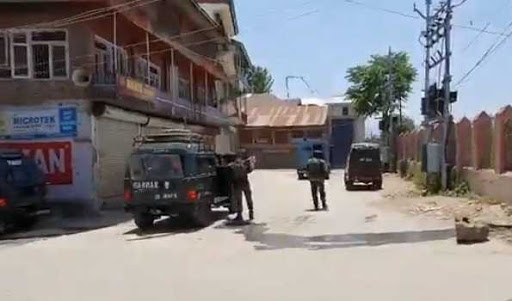 Baramulla: Two constables of Jammu and Kashmir police and three civilians were killed and two other police personnel, including an officer, were wounded when Lashkar-e-Toiba (LeT) militants attacked a naka party in a broad daylight at main chowk in apple township of Sopore in this north Kashmir on Saturday, official sources said.

Senior police officers said that LeT militants involved in the attack have been identified and will be neutralised soon.

They said a team from Sopore police station headed by Mukesh Kumar had established a naka to strictly implement COVID-19 restriction at Sopre in Barmulla district today. They said four personnel of J&K police and three civilians were injured in the attack. Security forces also retaliated but the militants escaped.

The injured were immediately rushed to Sub District Hospital (SDH), Sopore, where two cops and two civilians were declared brought dead. The cops were identified as constable Showkat Ahmad, resident of Narabal, Srinagar and Waseem Ahmad, resident of Chadoora, Badgam, they said.

The injured were identified as Sub-Inspector Mukesh Kumar and Special Police Officer (SPO), they said.

A massive hunt has been launched to track the LeT militants responsible for the attack, they added.