Slaprock: Will Smith gets 10-year ban from Oscars

Pinkett Smith rolled her eyes and appeared visibly upset, apparently prompting Smith, who initially laughed at the joke, to act, as attendees looked on in disbelief. 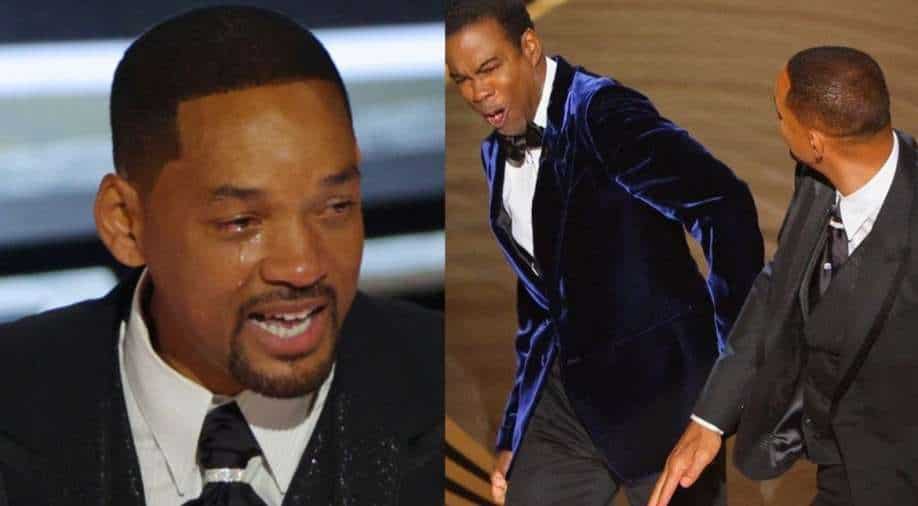 Los Angeles: Less than a fortnight after Grammy Award winner Will Smith slapped and screamed profanities at presenter and stand-up comedian Chris Rock during the 94th Academy Awards ceremony, the Academy of Motion Picture Arts and Sciences handed Smith a ban prohibiting him from returning to the Oscars or attending any other Academy events for the next decade.

Smith will, however, retain the Oscar he won for Best Actor on March 28, and remains eligible for future Oscar nominations and wins, the Academy’s 54-person board of governors said after a special meeting on Friday that determined the action against Smith.

Until one week back, when Smith announced that he was resigning as a member of the organization, he was expected to face suspension or expulsion, having violated the standards of conduct that the Academy implemented following the #MeToo movement.

And a decision was not expected until after mid April. However, as many members of the industry continued to express outrage over Smith’s behavior, which he himself called “shocking, painful and inexcusable”, the board decided to prepone their meeting.

Smith has been slammed with some even calling for him to lose the Oscar statuette that he was awarded and/or his eligibility for future Oscars. But the Academy appears to have doubled down on its long-held position that there is a line between onscreen work and offscreen conduct.

(Harvey Weinstein and Roman Polanski have been expelled from the organization, but each still has the Oscar statuette awarded to them prior to that), said the Hollywood Reporter. Smith, one of Hollywood’s most popular leading men for decades, exploded after Rock made a joke referencing the baldness of Smith’s wife, actress Jada Pinkett Smith, who has alopecia. (Rock reportedly went off-script and improvised the joke, not knowing of Pinkett Smith’s condition.)

Pinkett Smith rolled her eyes and appeared visibly upset, apparently prompting Smith, who initially laughed at the joke, to act, as attendees looked on in disbelief.

The Academy’s CEO Dawn Hudson and president David Rubin and Oscars ceremony producer Will Packer have since been under fire for failing to remove Smith from the Dolby Theatre. They have issued contradicting statements about whether the actor was asked to leave. Smith remained at the ceremony until it was over, then skipped the Academy’s Governors Ball and made his way to the Vanity Fair Oscar party, where he danced to some of his own songs.

He did not apologise to Rock until March 31. In a letter to members sent after Friday’s meeting, Hudson and Rubin acknowledged they “did not adequately address the situation in the room” and apologized that they “fell short — unprepared for the unprecedented”.

They also expressed “deep gratitude to Mr. Rock for maintaining his composure under extraordinary circumstances” and thanked the evening’s “hosts, nominees, presenters and winners for their poise and grace during our telecast”.

Shortly afterward, Smith, through a spokesperson, issued a brief statement of his own: “I accept and respect the Academy’s decision.”

Hollywood Reporter shared the “Open Letter to Our Academy Family” sent by Rubin and Hudson on April 8: “The 94th Oscars were meant to be a celebration of the many individuals in our community who did incredible work this past year; however, those moments were overshadowed by the unacceptable and harmful behavior we saw Mr. Smith exhibit on stage. “During our telecast, we did not adequately address the situation in the room. For this, we are sorry. This was an opportunity for us to set an example for our guests, viewers and our Academy family around the world, and we fell short — unprepared for the unprecedented.

“Today, the Board of Governors convened a meeting to discuss how best to respond to Will Smith’s actions at the Oscars, in addition to accepting his resignation. The Board has decided, for a period of 10 years from April 8, 2022, Mr. Smith shall not be permitted to attend any Academy events or programs, in person or virtually, including but not limited to the Academy Awards.

“We want to express our deep gratitude to Mr. Rock for maintaining his composure under extraordinary circumstances. We also want to thank our hosts, nominees, presenters and winners for their poise and grace during our telecast.

“This action we are taking today in response to Will Smith’s behavior is a step toward a larger goal of protecting the safety of our performers and guests, and restoring trust in the Academy. We also hope this can begin a time of healing and restoration for all involved and impacted.” Smith won the Best Actor Award for “King Richard” at 2022 Grammys.