Both DPRK and South Korea have conducted missile tests in recent days and both called their missile launches acts of "self-defence." 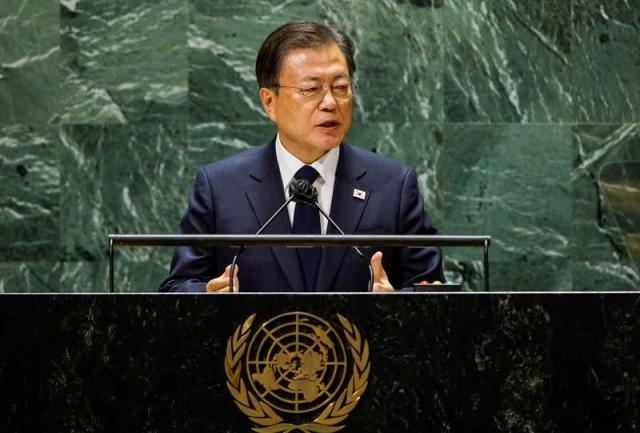 United Nations: South Korean President Moon Jae-in on Tuesday called for the resumption of talks with the Democratic People’s Republic of Korea (DPRK), as well as an end-of-war declaration on the Korean Peninsula.

“Peace on the Korean Peninsula begins always with dialogue and cooperation,” Moon told the General Debate of the 76th session of the United Nations General Assembly (UNGA). “I call for a speedy resumption of dialogue between the two Koreas and between the United States and North Korea (the DPRK).”

“Today, I once again urge the community of nations to mobilize its strengths for the end-of-war declaration on the Korean Peninsula,” he said.

Last year Moon proposed a declaration of ending the war on the Korean Peninsula in a video speech to the 75th session of UNGA.

Both DPRK and South Korea have conducted missile tests in recent days and both called their missile launches acts of “self-defence.”