MLA Chamling has demanded that CM Tamang should resign without giving any reason. 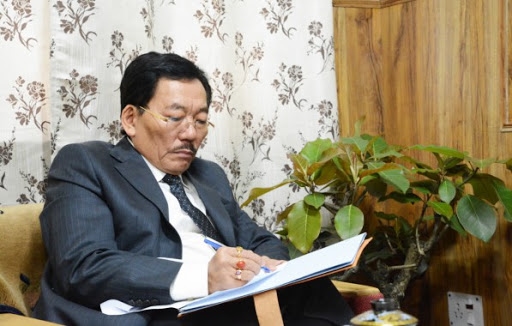 Gangtok: Ruling Sikkim Krantikari Morcha party has condemned the statement of former chief minister Pawan Chamling, who has asked the present Chief Minister PS Tamang to quit.
MLA Chamling has demanded that CM Tamang should resign without giving any reason.
”His statement proves that he has been surviving while hoping to return to power in Sikkim at any cost. Asking a democratically elected CM to resign without any reason. He has been insulting the ideology of democracy, process of election and public mandate,” said Bikash Basnett, Chief Coordinator, SKM.