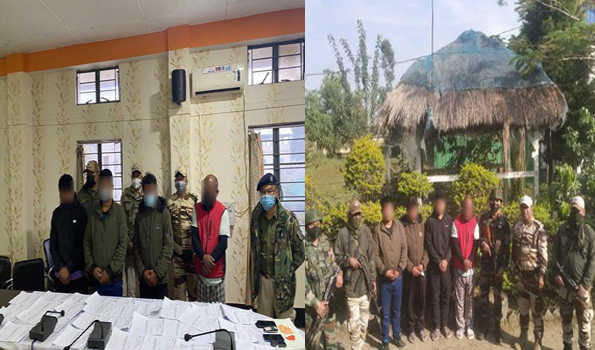 Based on specific input from reliable sources, troops of Assam Rifles along with Manipur Police launched operations leading to these apprehensions.

In another joint operation by Mantripukhri Battalion and Manipur Police four cadres of proscribed KCP were nabbed at Heingang, Imphal on Wednesday.

Based on specific input, troops of Assam Rifles along with Manipur Police launched an operation which led to the apprehension of insurgents along with extortion demand letters. The apprehended insurgents were handed over to Heingang Police Station for further investigation.