According to the report, immediately after the announcement election result, BJP leaders in a press conference pointed the finger at its ally IPFT for the poll debacle and claimed they won nine seats out of 14 they had contested. 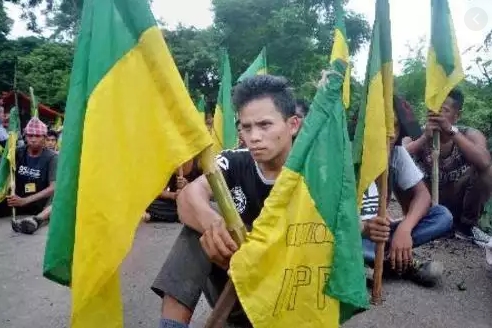 In some areas of Khowai, Sepahijala and West Tripura, the winning party of ADC Tipraha Indigenous Progressive Regional Alliance (TIPRA) of royal scion Pradyot Kishore Debbarman have allegedly assaulted BJP and IPFT workers those who had created terror in the particular areas a day before polling on April 6 last.

The BJP delegation met the Director-General of Police (DGP) at night and alleged that TIPRA supporters have set many of their party offices in interior locations on fire. Many houses of their local leaders were ransacked and gutted by TIPRA workers and demanded immediate action against the perpetrators.

According to the report, immediately after the announcement election result, BJP leaders in a press conference pointed the finger at its ally IPFT for the poll debacle and claimed they won nine seats out of 14 they had contested. On the other, IPFT contested 17 seats but couldn’t win even a single seat, which made IPFT cadres hostile across the state and they resorted to attacking BJP.

Similarly, after a humiliating defeat in the most prospective seat, IPFT candidate Gita Debbarma, wife of IPFT General Secretary and Tribal Welfare Minister Mevar Kr Jamatia accused BJP of betraying her, for which she lost over 10,000 votes to TIPRA. She went on alleging that BJP supporters conspired against IPFT in all the seats violating the principle of the alliance. Angry with the statement, BJP workers have restored attacks on IPFT across the state.

The CPI-M alleged taking the advantage of violence, Food and Civil Supplies Minister of Biplab Kumar Deb’s government Manoj Kanti Deb mobilised BJP goons against local CPI-M leaders in Kamalpur of Dhalai district at night. At least four CPI-M leaders were attacked and their houses have been ransacked by BJP miscreants but the police didn’t take any action.

To tackle the situation, district magistrates of Khowai, West Tripura, Sepahijala, Gomati and South Tripura separately promulgated 144 CrPC in the ADC areas of their respective jurisdiction prohibiting assembly of five and more persons for 48 hrs. Security has been tightened in the troubled areas while police restricted the movement of people from one area to another.