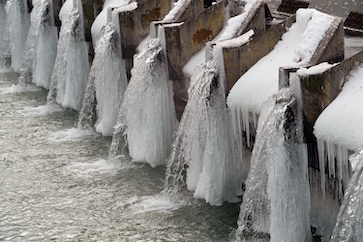 Gangtok: January is the coldest month in Sikkim, but this time the biting chill has spilled over to February.

The minimum temperature was recorded as low as 1 degree Celsius on February 6, though it has now increased to 4 degree Celsius here. While the holy Tsongmu Lake is frozen with -8 (minus eight) degree centigrade temperature prevailing .

Gurudongmar in North Sikkim district has been experiencing -17 (minus 17) degree Celsius. Lachung is -4 (minus four) degree Celsius. The headquarters of West and South districts have a bit better weather, ranging from 5 to 7degree Celsius respectively.

Even the water in the pipes is frozen and joints dislocated. It could be a long wait till March end when the Ice melts over Tamjey Lake, the source of water also over Ratey Chu.

Change in portfolios of Sikkim Ministers