Of the new cases, 121 were registered in East Sikkim, 58 in South Sikkim, 17 in West Sikkim and 4 in North Sikkim district. 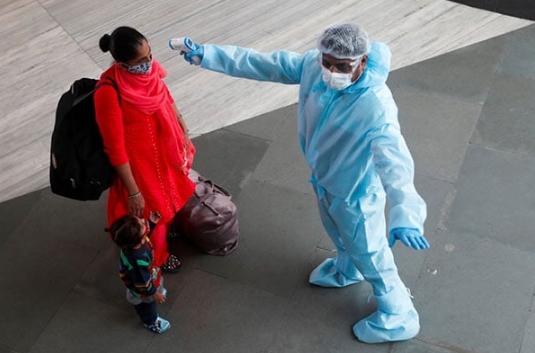 Gangtok: Sikkim reported 200 new COVID-19 cases, which took the tally in the state to 9,651, the PTI quoted official as saying on Saturday.
The death toll rose to 165 as five more patients succumbed to the disease, he said.
Of the new cases, 121 were registered in East Sikkim, 58 in South Sikkim, 17 in West Sikkim and 4 in North Sikkim district.
The Himalayan state now has 2,528 active cases, while 6,753 people have recovered from the disease, he said.
Altogether, 205 coronavirus patients have migrated to other states.
The state has so far conducted 99,352 sample tests, including 682 in the last 24 hours, the official said.
Health Secretary Dr Pempa Bhutia said the state has received 60 more oxygen concentrators from the Centre.
Of the new units, 15 each have already been deployed to Namchi and Singtam district hospitals, he said.
The state had earlier got 250 oxygen concentrators.
The government is setting up an oxygen plant with a capacity to produce 200 litres of life-saving gas per minute at STNM Hospital at Sokeythang, he said.
“We will get the facility from the Centre by the end of this month and the civil work for its installation has been completed,” he added.
The health department had also planned to build a new oxygen facility with a capacity of 200 litres per minute at Gyalshing District Hospital in West Sikkim, and the proposal for the project has been approved, Bhutia said.
The state has also received 500 vials of Remdesivir for the treatment of COVID-19 patients, he added.