According to the director and producer, the short films will be screened first on the festival's online platform 'Vimeo on Demand'. 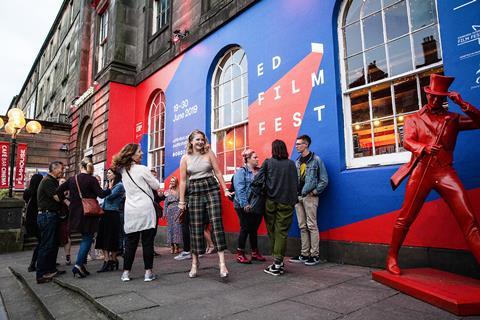 Hyderabad: Two Indian Short Films produced under the banner of Hyderabad-based ‘Research media Entertainments’, have been selected for the UK International Film Festival.

‘Panic’, a Short film in Hindi and ‘Be Careful’, a short film in Bengali, were produced by Hyderabad-based Chaitanya Janga, directed by Kolkata-based Suranjan Dey and presented by Vs Varma Pakalapati, have been selected for the UK’s ‘Lift Off Global Network Sessions 2023’ international film festival.

According to the director and producer, the short films will be screened first on the festival’s online platform ‘Vimeo on Demand’.

The two films will be screened in the final round at the Pinewood Studios in the UK and later Raleigh Studios in Hollywood, they said.

Suranjan Dey said, ‘Panic’ has shown some poignant moments of common people’s condition during wartime while ‘Be Careful’ is a film rich in roaring against the cowards who want to destroy the social respect of innocent girls if the target is not met.

Suranjan Dey and Chaitanya hope that these two films will win everyone’s hearts and will be selected and acclaimed at many international film festivals.

Chaitanya said on behalf of ‘Research Media Entertainments’, apart from ‘Panic’, they have produced two other short films titled ‘Be Careful’ and ‘Holiday Marriage’.

The short film ‘Life By-Lane’ and a full-length film titled ‘Relationship’ will start shooting next month and these two films are also directed by Suranjan Dey, said Chaitanya, who took over the production after the success of the South Indian producer.

Apart from ‘Panic’ and ‘Be Careful’ Mr. Chaitanya Janga also produced another Hindi short film titled ‘Holiday Marriage’ under his direction and in a few days, he will resume the shooting of the full length Hindi film ‘Relationship’ and the Hindi short film ‘Life By-Lane’, Suranjan added.