Khaire said BJP is trying to finish off the opposition in the state by misusing central agencies against them. 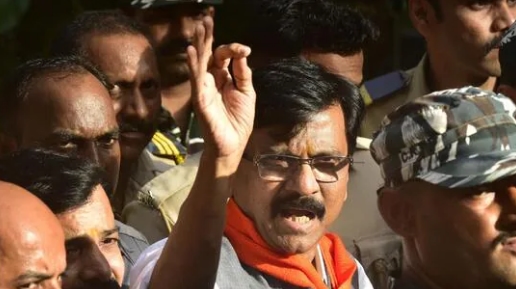 Aurangabad(Maharashtra): Aurangabad district Shiv Sena activists on Monday held dharna agitations at Kranti Chowk in the city, protesting against the arrest of party spokesperson and MP Sanjay Raut by the Enforcement Directorate (ED) in a PMLA case late last night.

Slogans were raised against the Narendra Modi government for misusing central investigation agencies against opposition leaders in the country.

Khaire said BJP is trying to finish off the opposition in the state by misusing central agencies against them.

He reiterated that the people of the state are still with Shiv Sena president Uddhav Thackeray and warned the Eknath Shinde-led group.

Danve said as Raut always spoke out against the failure of the BJP government, hence action was taken against him to suppress his voice.