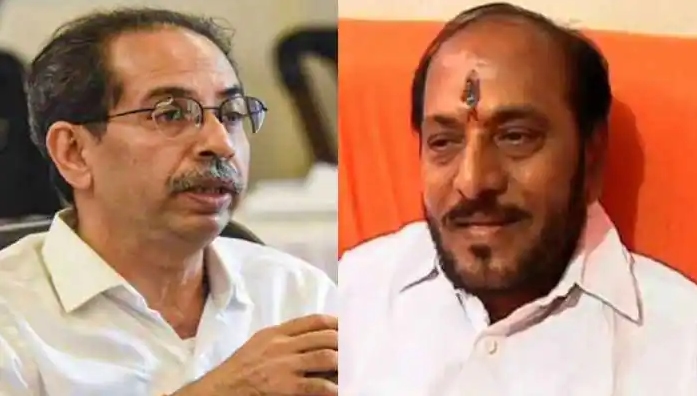 Ratnagiri: Rebel Shiv Sena leader Ramdas Kadam on Thursday accused Shiv Sena chief Uddhav Thackeray — the son of the party founder late Bal Thackeray — of ‘blackmailing’ people emotionally and asked how long he would continue to do so.

Talking to reporters at his residence in Manage village in Khed tehsil of the district, he said that the doors of ‘Matoshree’, the residence of Thackeray, and the Shiv Sena Bhavan (party head office) have now been opened for party workers and the powers were also delegated to the party cadre but if this had happened earlier then the rebellion would not have occurred.

Coming down heavily on Thackeray, Kadam noted that Thackeray had come to Mantralya only thrice during his two-and-a-half years of chief ministership.

Similarly, when a cyclone hit the Konkan region and caused flooding, NCP supremo Sharad Pawar was camping in Konkan for four consecutive days to monitor the situation and assess the damage whereas his son and former minister Aaditya Thackeray did not visit the affected areas.

Alleging that while former deputy chief minister and senior NCP leader Ajit Pawar was busy trying to ‘finish off the Sena, Thackeray should have listened to the party MLAs and looked into the issues, he said.

Kadam demanded an answer from Thackeray about whether he agreed with the thoughts of late Bal Thackeray or compromised them while forming the Maha Vikas Aghadi government in the state with NCP and sitting next to NCP supremo Sharad Pawar.