During the visit of the Deputy Chief Minister himself, the charioteer of the vehicle. 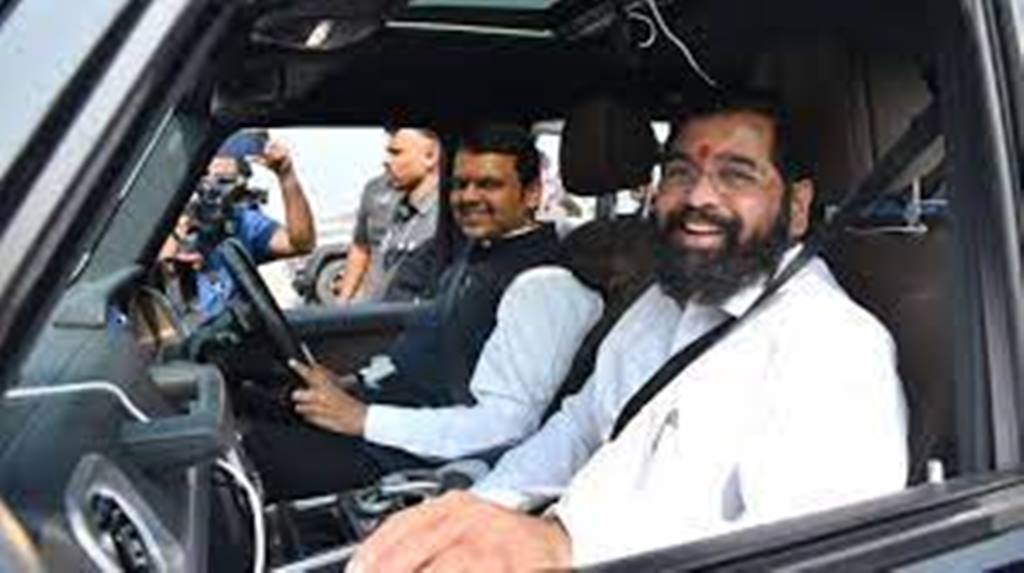 In the background, Chief Minister Eknath Shinde and Deputy Chief Minister Devendra Fadnavis today made such a direct inspection from Nagpur to Shirdi and took the by road.

During the visit of the Deputy Chief Minister himself, the charioteer of the vehicle.

People’s representatives as well as citizens enthusiastically welcomed them at various stages of the highway in different district.

Chief Minister started their direct inspection by road this afternoon from Zero Point on the Prosperity Highway in Nagpur.

People’s representatives, citizens and officials welcomed both the leaders after starting their tour at many places in the district under the jurisdiction of the highway.

Nagpur, Wardha, Amravati, Washim, Buldana districts in Vidarbha and Jalna, Aurangabad in Marathwada region and Ahmednagar district in North Maharashtra received an enthusiastic welcome to both of them.