Minister was speaking as Chief Guest on the occasion of Distribution of Bags and Umbrellas to ASHAs of Manipur held at Heritage Hall, IMA, Lamphelpat, Wednesday. 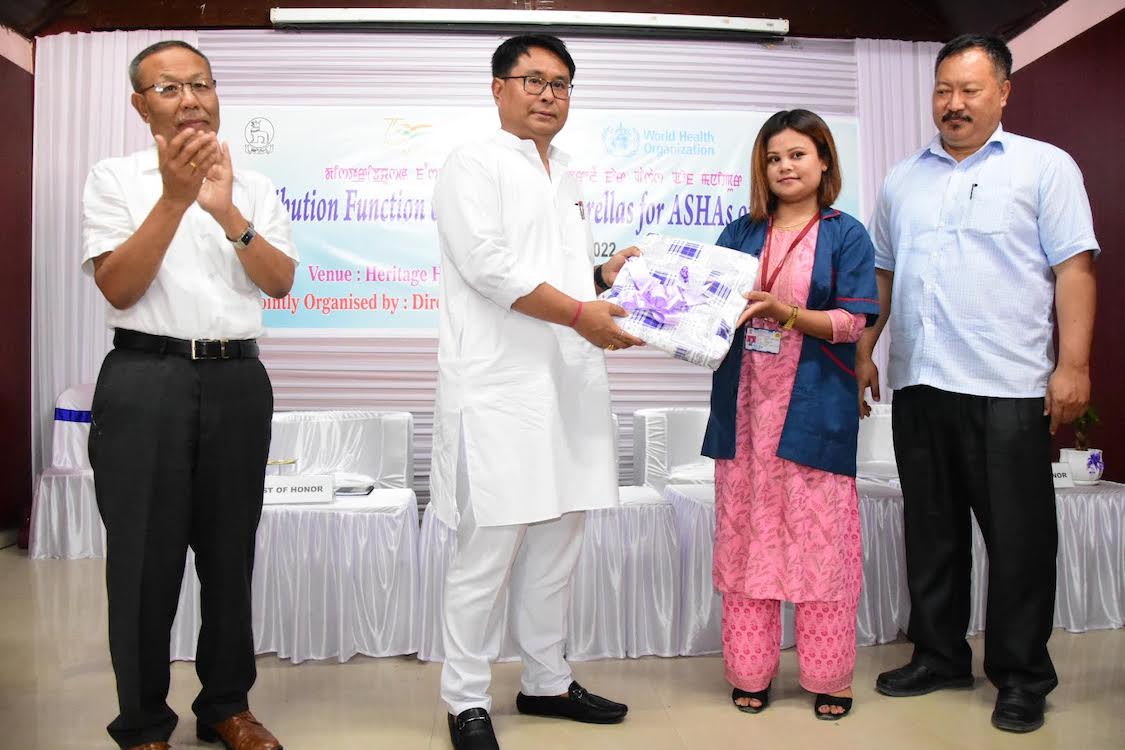 Minister was speaking as Chief Guest on the occasion of Distribution of Bags and Umbrellas to ASHAs of Manipur held at Heritage Hall, IMA, Lamphelpat, Wednesday.

The ASHA workers are playing the role of a link between the grassroots health care service and the community. He also appreciated ASHAs for their role during the COVID-19 pandemic. ASHAs are involved in maximum programs and activities of NHM, he added.

Minister Dr. Ranjan also stated that the World Health Organization, WHO, has recognized the dedicated service of the ASHAs. ASHAs also play a connecting role in the nutritional and sanitary campaign of the department. ASHAs can take a bigger role to evade the social taboo about menstrual hygiene, particularly the young girls, he suggested.

Speaking as president, Director, Health Services Manipur, Dr. Kh. Sasheekumar Mangang said that ASHAs show their worth by their action not by words. There are a total number of 664,349 villages and 700.000 ASHA workers in India.  They have become interfaces between health functionaries and communities. ASHA workers should be given training in simple and easy ways, he suggested.

Director, National Health Mission, Manipur Dr. Somorjit Ningombam shared the dais as the guest of honor. Officials and staff of the health department and NHM, Manipur and others also attended the occasion.

Later, Minister also paid a surprise visit to the Medical Directorate office and conducted an inspection of the medical storeroom of the directorate.