Second round CM level talks between Meghalaya & Assam on Friday 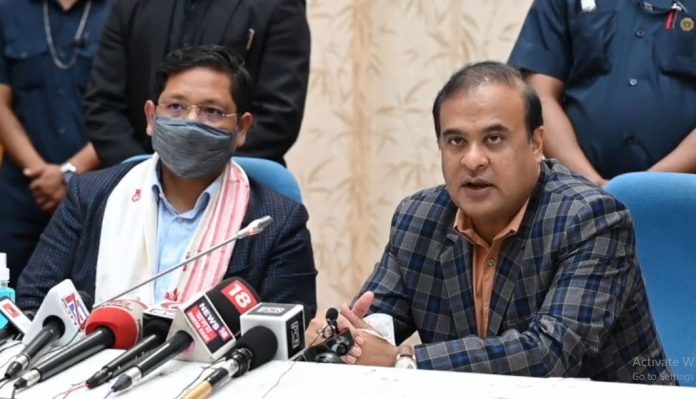 Shillong: Meghalaya and Assam would be holding the second Chief Ministerial level talk on the inter-state boundary dispute on Friday in Guwahati.

Friday’s meeting between Meghalaya and Assam is significant following the recent border skirmishes at Iongkhuli village after Assam police uprooted electric poles erected by Meghalaya Energy Corporation Limited (MeECL) in the village, which Assam claimed that the area falls under Assam’s territory.

The first round of the Chief Ministerial-level talks between Sangma and his Assam counterpart Himanta Biswa Sarma was in Shillong on July 23, and resolved to move “beyond status quo to solution” in regard to the long-pending boundary dispute between the two neighbouring states.

Immediately after the first round of the Chief Ministerial meetings, the Meghalaya government formed a state level committee on the dispute headed by Deputy Chief Minister Prestone Tynsong.

These committees surveyed the disputed areas in their respective districts and spoke to the people residing in those areas to get their views. These committees have submitted their report to the State level Committee.

The heads of these committees would also accompany the CM together with the Chief Secretary, Director General of Police, Deputy Commissioners and other senior officials for the second meeting at Guwahati.

Meghalaya’s Leader of Opposition Dr. Mukul Sangma has asserted that the upcoming Meghalaya-Assam talks on resolving the vexed boundary issue should be based on the documentations prepared by the State government on the 12 areas of difference which substantiate the claims that these places belong to Meghalaya.

The Meghalaya Assembly had in March 2011 passed a resolution to urge the central government to constitute a Boundary Commission to re-examine and redefine the inter-state boundary between the two states.