Schools in Meghalaya to re-open from Monday

However, online classes would continue for Class 1 to 5 in Shillong and Shillong agglomeration till further orders. 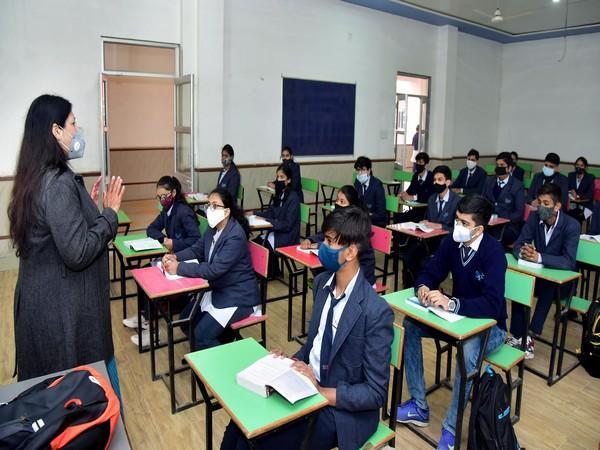 Shillong: Schools, including classes 6 to 10 are scheduled to be fully functional in the Shillong agglomeration from Monday after almost two years into the pandemic.

Even as night curfew, which had been in force in Meghalaya since the outbreak of the Omicron variety of the Coronavirus, has been lifted from Friday, with the number of daily infections in the state on a steady decline. Schools in other parts of the state have already been made fully functional.

However, online classes would continue for Class 1 to 5 in Shillong and Shillong agglomeration till further orders.

In a notification issued by the Additional Chief Secretary Education department, Donald Philip Wahlang said that “consent of parents is paramount” as they would have the final say on the physical presence of their wards and attendance norms would be flexible.

“Teaching hours will be limited to three to four hours per day, altemate days routine is recommended and no cultural gathering and sports events are permitted,” the notification specified.

On Sunday, the state recorded more cases of recovery at 156, which surged the number of recovered cases to 90678 than new cases of Covid19 infection at 58, with the number of active cases declining to 751 in the state, which has so far registered 92991 confirmed cases of Coronavirus infection, as per a report received from the health and family welfare department.

One more death due to Covid19 related complications increased the fatality figure to 1562 in the state on Sunday, as per official information. The new Covid19 cases detected in the state on Sunday included 21 in the most pandemic-hit East Khasi Hills, which includes state capital Shillong, even as the number of active cases came down to 282 in the district with 66 more cases of recovery.

On the other hand, the West Garo Hills recorded 14 new Covid19 cases and 41 cases of recovery on Sunday with the number of active cases in the district coming down to 116, while the other districts reported cases in single digits, as per the latest official case count.