SC to decide on Shiv Sena on Sep 27

It asked all the parties as well as the Election Commission to file brief notes not exceeding three pages ahead of the hearing. 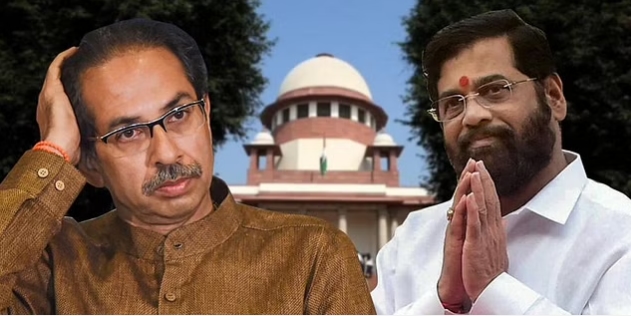 New Delhi: The Supreme Court on Wednesday said that it will consider on September 27 whether the Election Commission should proceed to decide which faction of the Shiv Sena should have the claim to the “bow and arrow” election symbol.

Both the groups led by former Maharashtra Chief Minister Uddhav Thackeray and incumbent Chief Minister Eknath Shinde have staked claim over the symbol.

It asked all the parties as well as the Election Commission to file brief notes not exceeding three pages ahead of the hearing.

Senior lawyer Arvind Datar, appearing for the poll panel, said that under Symbols Act, if there was a complaint, a notice has to be issued to all the parties. He added that the process takes a lot of time.

Senior advocate Neeraj Kishan Kaul, appearing for the Shinde group, submitted that the Election Commission cannot be prevented from taking a decision. He said the urgency was because of the impending local body elections.

Senior advocate Kapil Sibal, appearing for the Thackeray group, said the August 3 order of the Supreme Court had granted liberty to Uddhav Thackeray and his supporters to seek time.