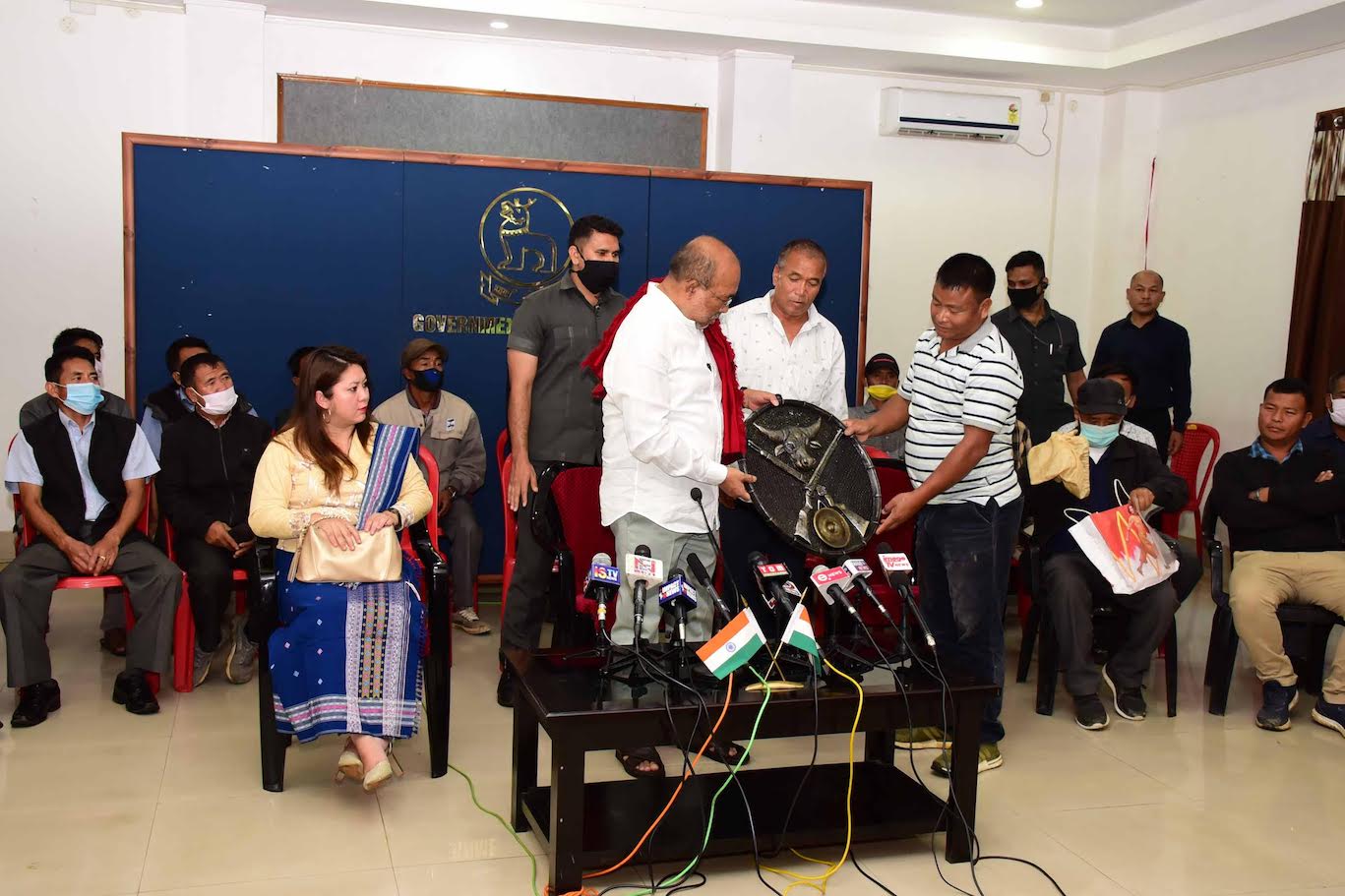 Addressing the media, N. Biren Singh stated that many communities had come up one after another in support of the State Government’s War on Drugs Campaign considering the ill effects of poppy cultivation on the environment and future generations of the State.

He expressed appreciation to the Village Chiefs of Saikul AC for being the first among the Kuki community to boldly declare their stand against poppy cultivation. He also informed that Kuki brethrens residing in other areas of the State had contacted him on their support to the movement against drug menace.

The Chief Minister assured that arrangements for alternative livelihood would be taken up soon consulting the Horticulture and Tribal Affairs and Hills Department adding that the Government would provide all necessary support.

Taking concern on a memorandum submitted by the delegation team, N. Biren assured to set up a Veterinary Hospital soon at Saikul AC and also to construct a Mini-stadium within the Assembly Constituency. He further expressed that he would look into what could be done on other matters mentioned in the memorandum.

He further appealed to all communities residing in valley areas to voluntarily come out and support the movement against drug menace, to totally eradicate it from the state. He also warned that any Government officials who are found involved in drugs related illegal activities will be terminated from their service and will be put behind bars.

Tribal Affairs and Hills Minister Letpao Haokip expressed his appreciation to the delegation team of Saikul AC for their support to the Government’s War on Drugs Campaign and their resolution to immediately hold on poppy cultivation in the AC. He assured to provide every possible support for alternative livelihood from the Government side.

He appealed to people of other areas to support the movement stating that support from all sections of people was needed to save the State from the ill effects of drugs.

President of Kuki Inpi, Saikul Shri Seimang Lupho and other Village Chiefs also took part in submitting the resolution among others.