Polling stations will only operate on the fifth day, September 27, with officials citing security reasons. 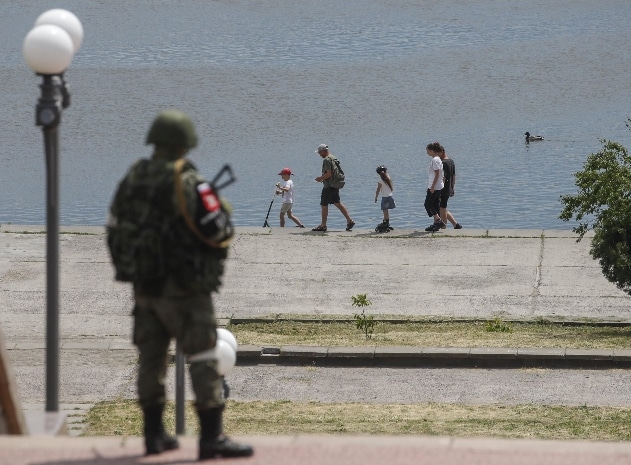 Donetsk(Ukraine): Russian-occupied areas of Ukraine are staging so-called “referendums” on whether to join Russia, as Moscow pushes ahead with an apparent bid to annex territory from its neighbor.

Voting begins on Friday in four regions of Ukraine in which Russia has gained ground during its invasion.

The snap votes were called earlier this week in the eastern regions of Luhansk and Donetsk – as well as Zaporizhzhia and Kherson in the south, the BBC reported.

The four regions represent around 15 percent of Ukraine, or an area the size of Hungary, according to international news agencies.

Voting is scheduled to take place over five days. Russian media reported that elected officials would go from door-to-door with portable ballot boxes from Friday to Monday.

Polling stations will only operate on the fifth day, September 27, with officials citing security reasons.

Hundreds of stations are scheduled to open that day, with voters also able to cast ballots in regions outside their own – and refugees eligible to vote in parts of Russia itself, the BBC reported.

Parts of Luhansk and Donetsk – where voting papers will be written in Russian only – have been under the control of Russian-backed separatists since 2014, with more territory taken this year.

Ukraine’s Western allies have denounced the move as a land grab and refused to recognize the results of the ballots.

US Secretary of State Antony Blinken said it was a “dangerous escalation”. Blinken told the UN Security Council on Thursday that no Russian claim to Ukrainian soil could take away Ukraine’s right to defend itself.

In his Thursday night address, Ukrainian President Volodymyr Zelensky said the ballots were a “sham” and undemocratic.

Moscow took parts of the Zaporizhzhia and Kherson regions when it invaded in February.

If Russia proceeds to claim Ukrainian land as its own, it could make the claim that its territory – not just its army – is coming under attack from Western weapons supplied to Ukraine.

It is feared this could cause a further escalation in the war.

Russia annexed Crimea in southern Ukraine in 2014, through another so-called referendum that was similarly condemned as illegitimate by the international community.

The fresh ballots come after Wednesday’s announcement from Russian President Vladimir Putin of a partial military mobilization, which could see 300,000 people called up to serve in the war.

The move prompted a rush to the borders by men hoping to avoid service, as well as rare unrest on the streets of Russia that was followed by reports of hundreds of arrests.