Foreign Ministry spokeswoman Maria Zakharova said Russia had not received any Taliban notification on sending an envoy to Moscow. 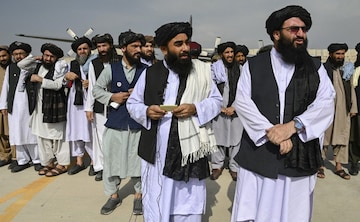 Moscow: Russia said on Thursday that there was no question of recognising the Taliban regime in Afghanistan for now.

Foreign Ministry spokeswoman Maria Zakharova said Russia had not received any Taliban notification on sending an envoy to Moscow.

“We have not received any notification from the Afghan government about their decision to send an envoy to Russia. There are not talks with Afghan authorities on recognition of the interim government,” Zakharova told the media.

Zakharova said the Taliban was told that there should be a legitimate government in Kabul, terrorist and extremist issues in the country should be resolved, effective measures must be taken to tackle illegal drug trafficking and the regime must have faith in human rights.