Ukrainian President Volodymyr Zelensky said the country's army was not yet in a position to try to break through the siege of the port city. 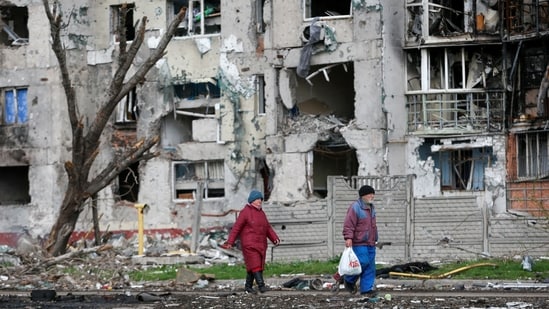 Kyiv: Russian forces resumed their assault on the last Ukrainian defenders holed up in a giant steel works in Mariupol, days after Moscow declared victory in the southern city and said its forces did not need to take the plant, Khaleej Times reported on Sunday.

Ukrainian President Volodymyr Zelensky said the country’s army was not yet in a position to try to break through the siege of the port city.

The attack on Mariupol, the biggest battle of the conflict so far, has raged for weeks and capturing the city is being seen as vital to Russia’s attempts to link the eastern Donbas region with Crimea, the Black Sea peninsula Moscow seized in 2014, the former is held by pro-Russian separatists for years. In the Black Sea port of Odesa, at least eight people were killed, Zelensky said.

Two missiles struck a military facility and two residential buildings and two more were destroyed on Saturday, the Ukrainian armed forces said. According to estimates tens of thousands of civilians have been killed in Mariupol and some 100,000 civilians are still there.

The United Nations and Red Cross have put the civilian toll at least in the thousands. Air raid sirens were heard in Odesa and Mykolaiv, a city near the Black Sea, before dawn on Sunday, but there were no immediate reports of fresh attacks.

Meanwhile, America’s top diplomat, Secretary of State Antony Blinken, and US Defence Secretary Lloyd Austin, will be visiting Kyiv on Sunday and discuss the weapons Ukraine needs as the crisis enters its third month. However, the White House has not yet confirmed any travel plans for Blinken and Austin.