Sources have said the government has taken note of the revelation and coordinating with the Russian government to enquire more details about the intended act of the terrorist. 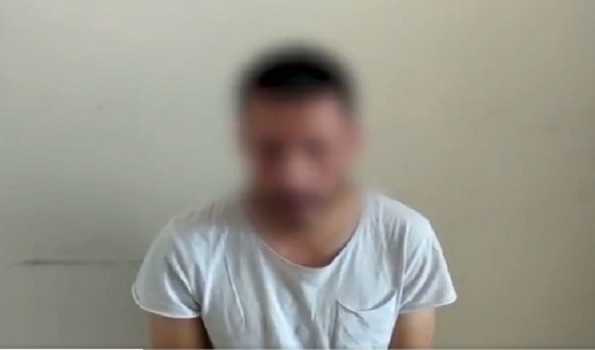 New Delhi: Russia’s top security agency on Monday claimed that an ISIS suicide bomber who was plotting a terrorist attack against one of the representatives of ruling circles of India has been nabbed.

The Russian Federal Security Service called  FSB said, in a statement, that it has detained a member of the international terrorist organization ‘Islamic State’ banned in Russia, a native of a country in the Central Asian region, “who planned to commit a terrorist act by self-detonation against one of the representatives of ruling circles of India.”

It has been established that a foreigner in the period from April to June 2022, while on the territory of the Republic of Turkey, was recruited by one of the leaders of the ITO “IS” as a suicide bomber, the statement further added.

The statement further claimed that the apprehended terrorist’s indoctrination was carried out remotely through the accounts of the messenger “Telegram” and during personal meetings in Istanbul by a representative of the terrorist organization, as a result, the terrorist took an oath of allegiance to the Amir of the ITO “IG”.

After that, he was given the task of leaving for the territory of Russia, completing the necessary documents and flying to India to commit a high-profile terrorist act, the statement added.

The Russian media platforms have also released a 57 second video of the terrorist.

Sources have said the government has taken note of the revelation and coordinating with the Russian government to enquire more details about the intended act of the terrorist.

Islamic State has been actively using various social media platforms to propagate its ideology. The agencies monitor the activities of the cyberspace closely and several terror conspiracies have been unearthed by the India intelligence agencies.