It said the strike on Kramatorsk railway station was carried out by the missile division of the Ukrainian armed forces from the area of Dobropol'e, 45 kilometres south-west of the city.” 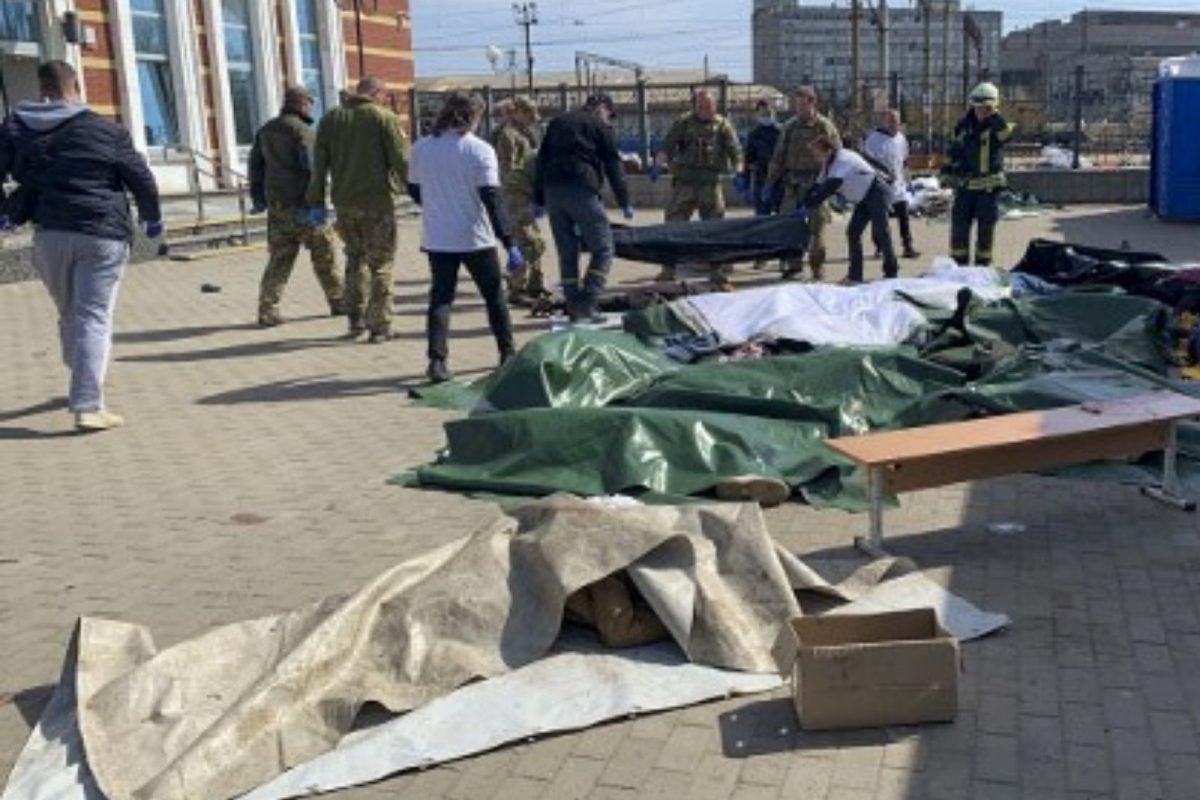 New Delhi: Russia has denied any involvement in the missile attack on Kramatorsk railway station that killed dozens and has accused the Ukrainian armed forces of launching the Tochka-U missile to stop civilians from fleeing the city and to use them as a “human shield”.

In a statement, Moscow said that all allegations against Russia regarding the missile attack on Friday “are a provocation and has nothing to do with reality”.

It said that the Kiev regime, in order to accuse Russia has posted on social media pictures of Tochka-U missile launchers that took part in a Russia-Belarus joint exercise in February this year. However, all photos show non-Russian missile systems.

“We emphasize in particular that Tochka-U tactical missiles, the wreckage of which was found near the Kramatorsk railway station and published by eyewitnesses, are used by Ukraine only.”

It said the strike on Kramatorsk railway station was carried out by the missile division of the Ukrainian armed forces from the area of Dobropol’e, 45 kilometres south-west of the city.”

“The aim of Kiev regime’s strike on the railway station in Kramatorsk was to disrupt the mass exit of residents from the city in order to use them as a “human shield” to defend Ukrainian armed forces positions, as in many other Ukrainian population centres,” it said.