"Starting at 10 a.m. Moscow time today, on March 5, the Russian side declares a ceasefire and opens humanitarian passages for civilians to leave Mariupol and Volnovakha." 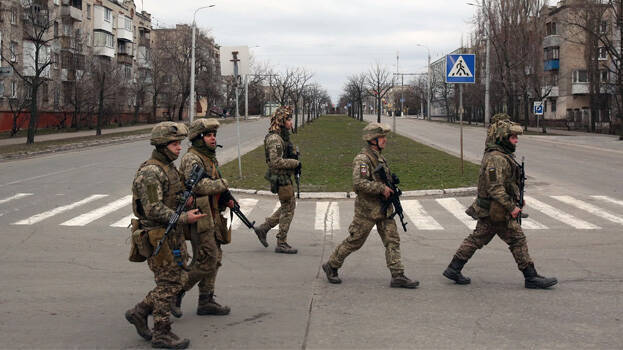 Moscow/Kyiv: Russia on Saturday declared a ceasefire from 10 am (Moscow time) to allow civilians to leave the cities of Mariupol and Volnovakha. “Humanitarian passages and exit routes have been coordinated with the Ukrainian side,” the Russian Defense Ministry said.

“Starting at 10 a.m. Moscow time today, on March 5, the Russian side declares a ceasefire and opens humanitarian passages for civilians to leave Mariupol and Volnovakha,” it said.

The Ukrainian side confirmed the ceasefire. Mykhailo Podoliak, an adviser to the head of the Ukrainian President’s Office, said that on March 5, starting at 9 am (Ukrainian time), a regime of silence will be announced in Kyiv. He also said that more cities would be added to the list for opening humanitarian corridors.

“Yes, we confirm the information. As for the number of cities, this is just the beginning. A working model is being worked out – after which other cities and villages will be gradually added to the list of places for evacuation,” Podoliak said.

A day earlier, the head of the National Center for Defense Control of the Russian Federation, Colonel-General Mikhail Mizintsev, said that a catastrophic humanitarian situation had developed in most of the territory of Ukraine with a tendency to worsen.

According to him, the most difficult situation is observed in Kyiv, Kharkov, Sumy, Chernigov and Mariupol. The office of Ukrainian President Volodymyr Zelenskyy has stated that Ukraine was ready to ensure the removal and delivery of humanitarian supplies, and that Ukrainian troops would guarantee the safe passage of the corridors.

In addition, Ukraine has asked the International Committee of the Red Cross to urgently assist in the creation of humanitarian corridors. On March 3, the second round of talks between the delegations of Russia and Ukraine took place in Belarus.

As the head of the Russian delegation Vladimir Medinsky said, Moscow and Kiev discussed the military and international humanitarian issues , as well as the future of the political settlement of the situation.

During the negotiations, which lasted more than five hours, an understanding was reached on a number of important issues, including the organization of humanitarian corridors for the civilian population. The press secretary of the President of Russia Dmitry Peskov emphasized, that the understanding reached on humanitarian issues is extremely important.