Blinken had denounced Iran's state institutions for inciting violence against the author. 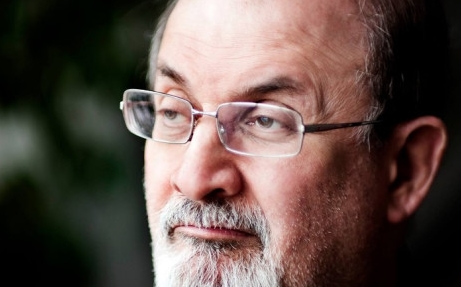 Tehran: Iran has “categorically” denied any link with Salman Rushdie’s attacker and in fact, blamed the Booker Prize winner for bringing it upon himself.

Rushdie, 75, was left severely injured on August 12 after being stabbed on stage at an event in New York state. He underwent surgery and was put on a ventilator, however, on Sunday he was reported: “to be breathing unaided”.

“In this attack, we do not consider anyone other than Salman Rushdie and his supporters worthy of blame and even condemnation,” the spokesman said during his weekly press conference in Tehran of the writer, who has faced years of death threats for his novel “The Satanic Verses”.

Earlier, US Secretary of State Antony Blinken accused Iran’s state media of gloating about the attack, calling its behavior “despicable”.

Iran’s foreign ministry spokesperson Nasser Kanaani Tehran “categorically” denied any link with the attack, adding “no one has the right to accuse the Islamic Republic of Iran”.

However, he said that freedom of speech did not justify Rushdie’s insulting religion in his writing.

Iran had no other information about Rushdie’s assailant except what has appeared in the media, Kanaani added.

Blinken had denounced Iran’s state institutions for inciting violence against the author.

He said in a statement that Rushdie had “consistently stood up for the universal rights of freedom of expression, freedom of religion or belief, and freedom of the press.

“While law enforcement officials continue to investigate the attack, I am reminded of the pernicious forces that seek to undermine these rights, including through hate speech and incitement to violence.

“Specifically, Iranian state institutions have incited violence against Rushdie for generations, and state-affiliated media recently gloated about the attempt on his life. This is despicable.”

The BBC in its report quoted Blinken as saying that the US and its partners would use “every appropriate tool” at their disposal to stand up to what he called “these threats”.

On Sunday, Rushdie’s son said the author was still in a critical condition: “Though his life-changing injuries are severe, his usual feisty and defiant sense of humor remains intact,” he said.

The family was “extremely relieved” when Rushdie was taken off a ventilator on Saturday, he said, adding that his father was able to “say a few words”.

The author’s agent Andrew Wylie said the celebrated novelist suffered severed nerves in one arm, damage to his liver, and would likely lose an eye.

The man charged over Friday’s attack – named Hadi Matar, aged 24 – has pleaded not guilty to charges of attempted murder and assault. He is accused of running onto the stage and stabbing the “Midnight’s Children” author at least 10 times in the face, neck, and abdomen.

The novelist was forced into hiding for nearly 10 years after “The Satanic Verses” was published in 1988. Many Muslims reacted with fury to it, arguing that the portrayal of the Prophet Muhammad was a grave insult to their faith.

Rushdie faced death threats and the then-Iranian leader, Ayatollah Ruhollah Khomeini, issued a fatwa – or decree – calling for his assassination, placing a $3 million bounty on the author’s head.

The fatwa remains active, and although Iran’s government has distanced itself from Khomeini’s decree, a quasi-official Iranian religious foundation added a further $500,000 to the reward in 2012.