Rohingya youth lands in Tripura jail on his way to Delhi

The accused was identified as Sona Mian (40) has been doing business in New Delhi for over a decade and his family is living in Chittagong of South Bangladesh. 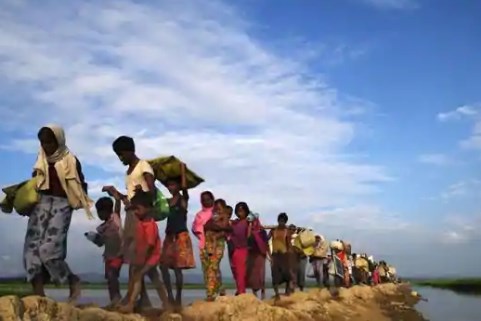 Agartala: A local court of Sepahijala district in West Tripura has sent a Rohingya youth to jail yesterday for illegally crossing the border from Bangladesh.

The accused was identified as Sona Mian (40) has been doing business in New Delhi for over a decade and his family is living in Chittagong of South Bangladesh.

Tripura police had detained him before Tuesday dawan from an Agartala bound Maruti car on his way back to Delhi visiting the family from Bangladesh. According to report, Sona Mian had crossed over Indian Territory through Sonamura border in the dark of night with the help of a local agent there escaping the eyes of BSF.

Acting on a tip off, police conducted a raid in the Maruti car around 3 AM when he was travelling to Agartala airport to catch a flight for Delhi the next morning. The accused told police that he along with his family had sneaked into Chittagong Hill Tracts of Bangladesh in 2009 from Myanmar following atrocities of Army there.

“They have been settled down in isolated hilly terrain and managing life through petty business and food vending. However, Sona Mian a year later had come to Indian Territory through the Malda border of West Bengal and reached Delhi. With the help of another Rohingya group, he started business there and is doing well in Delhi,” police said quoting the statement of Sona Mian.

A few days ago, he came to Agartala and crossed the border illegally to meet his ailing mother but on the way to his return he was arrested. He claimed a large number of Rohingya settled in Bangladesh used Tripura as their corridor of travel to other parts of the country, police added.