Road construction target unlikely to be met this fiscal, but awarding to pick up: CRISIL

Project awarding had touched a high of 12,731 km last year, it added. 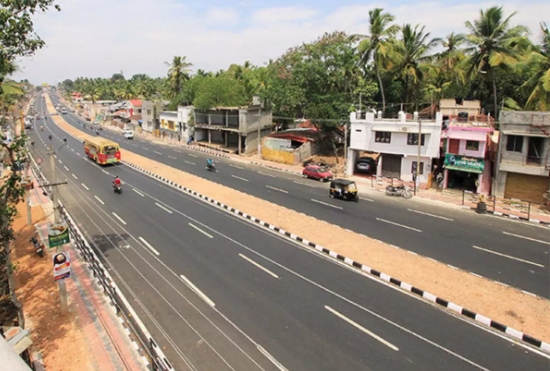 New Delhi: Road construction target is unlikely to be met this fiscal but awarding will pick up, rating agency CRISIL said on Monday.

”As for construction, we expect the pace to pick up post monsoon. However, it will still manage to reach only 32- 34 km per day this fiscal as input prices are expected to remain elevated,” it said.

The rating agency estimated the Ministry of Road Transportation and Highways (MoRTH) to award 12,000-13,000km of national highway projects, largely under Bharatmala, with uptake spurred by developer-friendly measures under Atma Nirbhar Bharat that have been extended till October 2022.

National highway projects hit a speed bump in the first quarter of this fiscal, with awarding by the Ministry of Road Transportation and Highways (MoRTH), including the National Highways Authority of India (NHAI), falling a sharp 42 percent on year to 969 km, it said.

”Construction also slackened, down 14 percent on-year to 1,966 km, translating to 22 km per day, as a surge in input prices led to developers delaying procurement of materials. Also, some projects awarded the last fiscal is yet to commence construction,” it said.

”The deceleration comes on the back of already weak road construction activity in the previous fiscal, which declined 21 percent to 29 km per day, from a high of 36.5 km per day seen in fiscal 2021, owing to an extended and uneven monsoon, and lower awarding of projects earlier.

Against this backdrop, awarding would need to scale up significantly in the next nine months to achieve the ministry’s ambitious target of constructing 50 km per day. The outlook, though, remains positive. Project awarding had touched a high of 12,731 km last year,” it added.