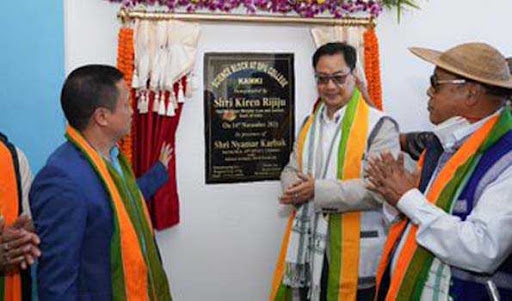 Interacting with the PRI leaders, Gaon Burahs, students and BJP Mandal office bearers, he exhorted the local leaders and govt officers to play a proactive role in implementing the centrally sponsored schemes in a time-bound manner.

The Union Minister said the government is committed to look into roads heads, village electrification, water connections, LPG by 2024 and urged all to open a bank account so that benefits go directly into their accounts.

As a Central Minister, Rijiju said, he will continue to work for the interests of the state to look into whatever proposal is given by the state.