Malayalam actor Jalaja began her film career more than four decades ago, debuting in G Aravindan's 1978 movie, 'Thampu' ('The Circus Tent'), the story of a travelling circus in Kerala. 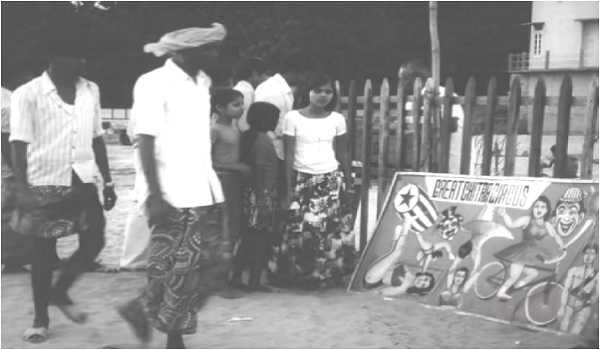 Cannes: For the first time more than one restored Indian film has been included in the Cannes Classics selection. Two Indian films — ‘Thampu’ and Satyajit Ray’s 1970 film ‘Pratidwandi’ (‘The Adversary’) — are part of the official selection this year.

Malayalam actor Jalaja began her film career more than four decades ago, debuting in G Aravindan’s 1978 movie, ‘Thampu’ (‘The Circus Tent’), the story of a travelling circus in Kerala.

At the ongoing Cannes film festival on Saturday, Jalaja got her chance to repay her debt to the film, helping it receive a fresh lease of life. ‘Thampu’ is part of the Cannes Classics section for restored films at the festival this year, thus beginning a new journey after being rescued from disrepair.

“‘Thampu’ is my debut film. It is an honour to be present on the occasion when the film has been restored for new audiences,” said Jalaja at the premiere of the newly-restored film at a packed Bunuel Theatre venue of the Cannes festival.

‘Pratidwandi’ was screened at the festival on Friday.

Sharing screen space with such classics as ‘The Trial’ (1962) by American filmmaker Orson Welles and ‘Sciuscià’ (1946) by Italian director Vittorio de Sica, ‘Thampu’ is one of Aravindan’s most well-known works that convey the curiosity of the young and adult alike towards anything outside the provincial life. “It is one of the most magical movies. It is also meditative,” said Shivendra Singh Dungarpur, founder of Film Heritage Foundation, which collaborated for the restoration of the movie with American director Martin Scorsese’s The Film Foundation, and the Prasad Corporation Pvt. Ltd., Chennai.

‘Kalpana’ (1948) directed by legendary dancer Uday Shankar was the first Indian film restored with support from The Film Foundation’s World Cinema Project that offers help to preserve cinematic heritage around the globe. ‘Kalpana’ was screened in the Cannes Classics section in 2012. The story of a young dancer who dreams of founding his own dance school, ‘Kalpana’ was the only film directed by Shankar, who plays the lead role in the movie.

Dungarpur said ‘Thampu’ was one of the most endangered Indian films he had the opportunity to restore. “It was difficult to find the camera negative of the film and there were many challenges in the restoration,” he added. “There was no negative of the movie available and we had to work with the print,” Dungarpur said. A badly creased and torn original camera negative was finally found in the National Film Archive of India, Pune.

“The genius of Aravindan and cinematography by (Malayalam director-cinematographer) Shaji N Karun created a fascinating film,” said Prakash Nair, father of K Ravindranathan Nair, who produced ‘Thampu’ and many other movies directed by Aravindan. A fresh graduate of the Film and Television Institute of India, Pune, Karun went on to win the National Award for Best Cinematography for ‘Thampu’ at the age of 25.

‘Thampu’ won several accolades, including the National Award for Best Direction for Aravindan, and cemented the careers of many Malayalam actors like Nedumudi Venu and Bharat Gopi. Venu died of Covid-19 complications last year while Gopi passed away in 2008.

Ray’s ‘Pratidwandi’ was restored under the National Film Heritage Mission of the Ministry of Information and Broadcasting, which plans to restore 2,200 films in different Indian languages in the coming years. The original 35mm camera negative of ‘Pratidwandi’, which was scanned in 4K resolution, and the original sound negative of the film were provided by the film’s producer Purnima Dutta for the restoration.The restoration was carried out by Prime Focus Technologies, Mumbai, and the colour grading was supervised by renowned Indian cinematographer, Sudeep Chatterjee.