He was speaking at the Patron Certificates distribution function of IRCS, Manipur State Branch, held at Raj Bhavan. 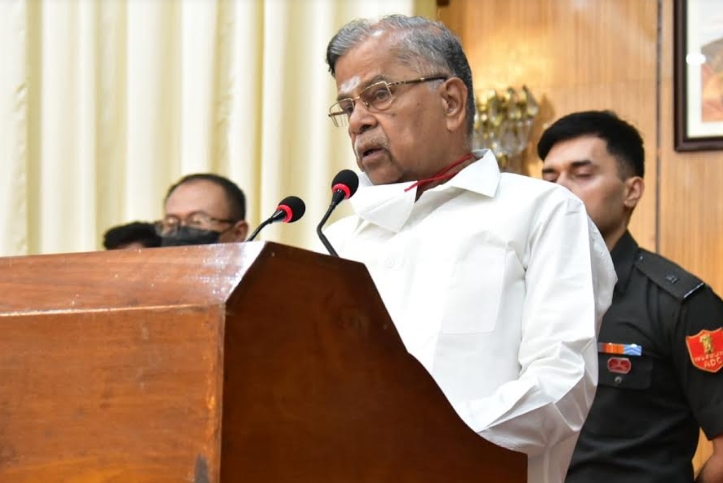 Imphal: Governor of Manipur La. Ganesan on Tuesday said the Indian Red Cross Society (IRCS) has been rendering yeoman services by helping the downtrodden and needy during natural and other calamities.

He said it has also been extending invaluable services to the widows whose husbands died due to gun violence or cancer or HIV and AIDS with the support of the International Red Cross Committee and IRCS, National Headquarters.

The governor added the philanthropic services rendered by the Indian Red Cross Society (IRCS) are really remarkable and commendable.

He was speaking at the Patron Certificates distribution function of IRCS, Manipur State Branch, held at Raj Bhavan.

Governor said that IRCS is one of the internationally known organizations devoted mainly to philanthropic and humanitarian services. Red Cross Societies around the world have been extending help to millions of needy people. It has also been endeavoring over the years with the objective to create and foster a spirit of understanding among the people of the world.

La. Ganesan stated that no service is as great and valuable as the service for the poor, needy, and less fortunate persons. Their service to the poor and needy is indeed commendable and praiseworthy.

He expressed hope that IRCS will keep continuing humanitarian services to unfortunate and needy people of this State.

The Governor also handed over the Meritorious Volunteer Award to the President, IRCS, Senapati Branch.

Later, the Governor flagged off an ambulance of IRCS, Manipur from Raj Bhavan.