Ready to be a martyr to save Shiv Sena: Eknath Shinde

"I have no greed for any post. We took this decision because there were questions about those MLAs' existence." 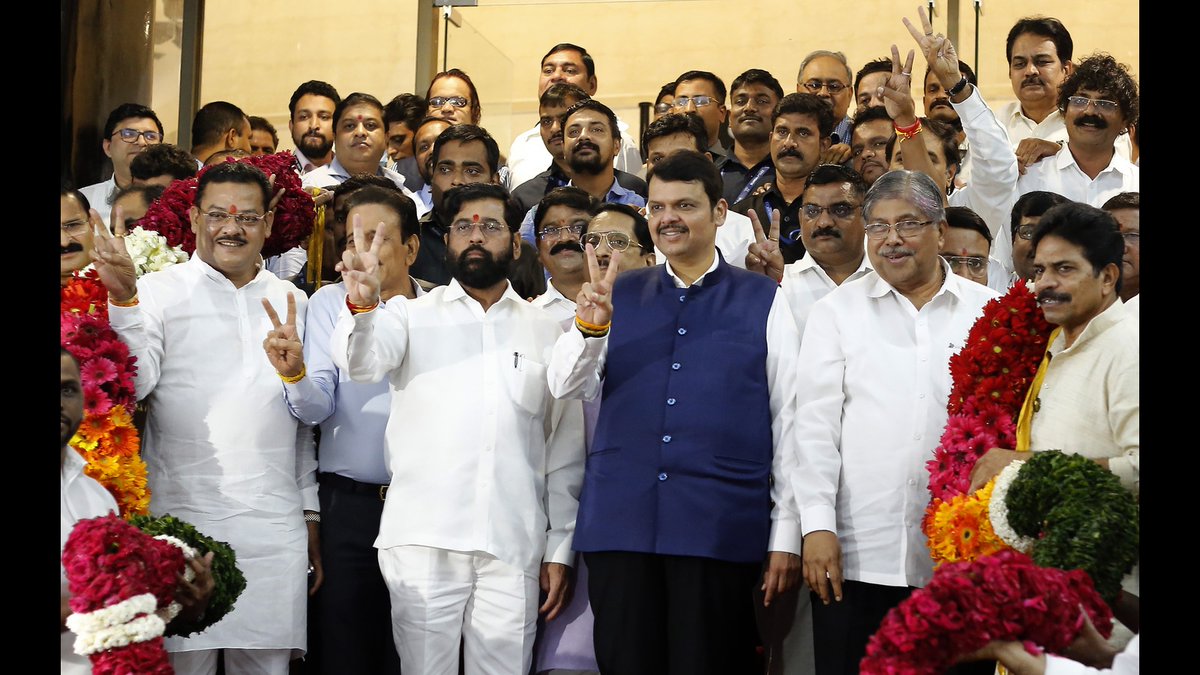 Mumbai: Maharashtra Chief Minister Eknath Shinde on Monday said that he was ready to be a martyr to save Shiv Sena. However, he was very disturbed at the way he was treated during the Assembly polls in 2019 and “they (the Thackeray faction of Shiv Sena) must understand why such a big incident (the rebellion) took place”.

The Chief Minister further said that “All MLAs are taking the legacy of Balasaheb & Anand Dighe. I don’t want to hide anything. All supported me, and support keeps increasing. I received many calls asking where are you going & all the others things. I said I don’t know. I am ready to be martyred for Shiv Sena. Everyone did not know where they are going, for much time they are going, or for what purpose they are going, despite this they supported me. I was inspired by the ideology of Balasaheb at the age of 17 yrs.”

Chief minister also broke down while recollecting the death of his two son long back and said that he has devoted his life fot shiv sena.

Speaking on his journey as Shiv Sainik, CM Shinde stated, “I joined shakha of Shiv Sena by getting inspired from Balasaheb & Anand Dighe. I become shakha chief despite many people of more age than me. I never had a lust for power. I worked harder, I never looked back. I always remain silent, but when something wrong happens, I don’t tolerate it. There were many comments on my father. My father did struggle and brought me here. My father worked hard for me. I gave more time to Shiv Sena & the organisation instead of my family. I lost my two children. Anand Dighe gave me support at that time. I had lost everything at that time. Dighe Saheb supported me, he came to my house many times. Dighe Saheb said to me that you have to wipe other’s tears, you have to work for others. Balasaheb & Anand Dighe were like gods to me. I used to sit till 11 night in municipal corporation office, I did lots of hard work.”

During his speech on several occasion house was seen laughing specially when he was recollecting the days while he was out of state in Assam and Gujrat and than in Goa.