The allegations leveled against the petitioner being serious in nature capable of ruining his public image, he is willing to cooperate with the investigation by joining the IO as and when called for. 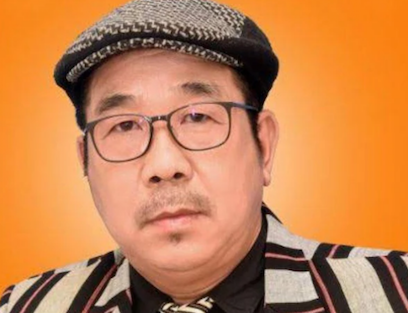 Itanagar: The Sessions Court, Yupia near here on Monday turned down the anticipatory bail application of Arunachal Pradesh MLA Lokam Tassar in an alleged rape case.

The BJP legislator from Koloriang constituency had moved the application, seeking pre-arrest bail in connection with the Itanagar WPS (Women’s Police Station) case No. 82/22 U/S 376(2)/h of IPC registered against him last week. Tassar was booked following a complaint from a 24-year-old woman that the legislator had allegedly raped her at his private residence at 6-Kilo near Itanagar on July 4 last.

The Court of Gote Mega, Sessions Judge, Yupia, in his ‘order’ dated 18.-07.22 said, “….submission of l’d counsels for the victim and PP holds reasons to believe that granting pre-arrest bail will not be proper. The application is devoid of merits….the bail application stands rejected and disposed of on contest.”

The counsel appearing for the victim/complainant has objected granting pre-arrest bail to the applicant, citing that the crime committed upon the victim being heinous in nature, and there is possibility of the applicant influencing and alluring the witnesses, being on bail by this court.

However, the counsel for the applicant submitted that neither the petitioner committed rape upon nor had consensual sexual intercourse with the victim at any point of time. The allegations leveled against the petitioner being serious in nature capable of ruining his public image, he is willing to cooperate with the investigation by joining the IO as and when called for.

He further submitted that the IO did not summon him to join the investigation till today rather conducted a raid at his private residence on July 13 during his absence. “The petitioner being the people’s representative does respect the rule of law; therefore, he will abide by any bail conditions which may be imposed upon him,” the counsel reasoned.

Before rejecting the pre-arrest bail application, the judge in his order observed: “Whether or not the alleged crime was committed on the relevant day, is subject to the rule of evidence which can’t be decided at this stage. Nevertheless, having regard to the position and status of the petitioner, it is necessary that he should join the ongoing criminal investigation by making himself available before the IO of the case at the earliest occasion.”