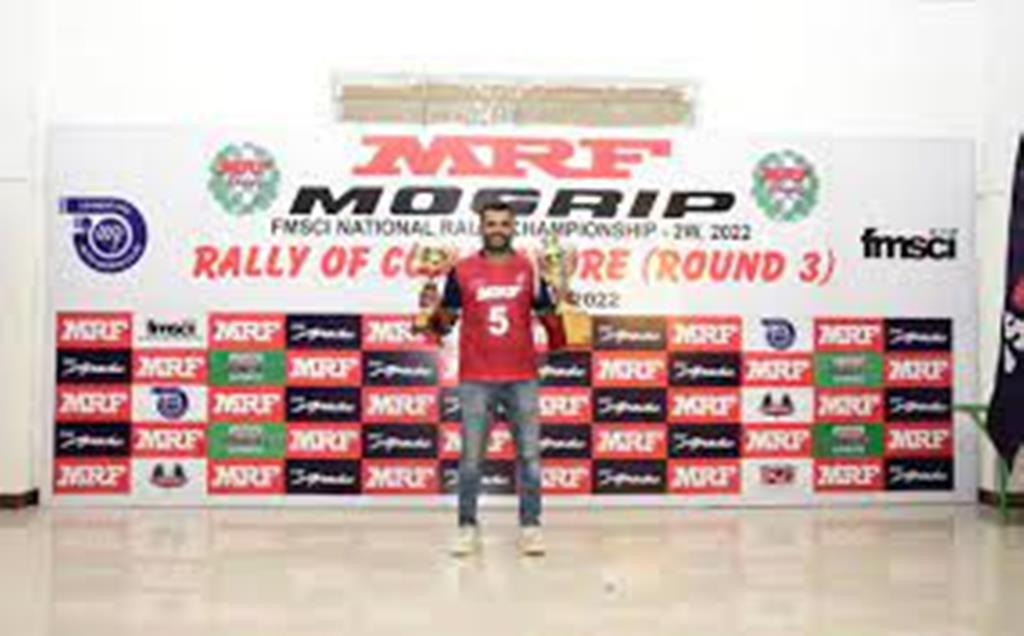 Chennai:Rajendra RE of Petronas TVS Racing team celebrated his 3rd win of the season to emerge overall winner at the MRF Mogrip National Rally Championship 2022, Round 5 that was held at Pune.

Abdul contested the second super special stage hard and gained the upper hand but could not beat Rajendra in the overall lead.

All eyes were on the third and final SS3. Unfortunately, the stage had to be cancelled due to force majeure as the stage would not have been completed in stipulated time.

Another privateer from Pune, Deeksha Srivastava took the third position with a timing of 00:45:21.246.