But Putin warned that the quality of life for Europeans was being sacrificed to sanctions while poorer countries were losing access to food. 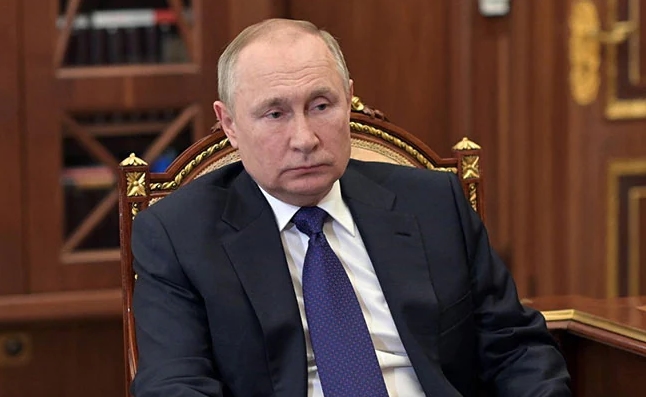 Moscow: Russian President Vladimir Putin on Wednesday condemned Western sanctions imposed because of Russia’s war in Ukraine as “a fever that poses a threat to the entire world”.

In a speech to an economic forum in Vladivostok, he said Russia was coping with the West’s economic “aggression”, BBC reported.

But Putin warned that the quality of life for Europeans was being sacrificed to sanctions while poorer countries were losing access to food.

He also said Europe was cheating poor countries out of Ukraine’s grain, the BBC said.

For months Ukraine’s sea ports were blockaded by Russian forces, but since exports resumed at the start of August, Russia’s leader asserted that only two-grain ships had gone to Africa.

Russia launched its invasion on February 24 and now occupies around a fifth of Ukrainian territory. Six months on, it has been pushed back from areas around Kyiv and the north and now faces a Ukrainian counter-offensive in the south and east.

Western nations responded to the war by imposing sanctions on a large number of Russian individuals, businesses, and state-run enterprises. The European Union has sought to cut its reliance on Russian gas and oil and Moscow has shut its key Nord Stream 1 gas pipeline to Germany, blaming it on technical issues.

Energy prices have soared and EU ministers meet on Friday to respond to the crisis, and the Russian leader condemned one proposal for a cap on Russian gas prices as stupid.

Putin told his audience the West was trying to impose its behavior on other countries. Many companies had rushed to leave Russia, he said, but “now we are seeing how production and jobs in Europe are closing one after another”.

He said confidence in the dollar, euro, and the pound was being lost before people’s eyes. Russia, meanwhile, was emerging from the war with its sovereignty strengthened: “I am sure that we have not lost anything and we will not lose anything.”

The Russian President said that “no matter how much someone would like to isolate Russia, it is impossible to do this”.