However, Pentagon spokesman John Kirby has not confirmed the report. 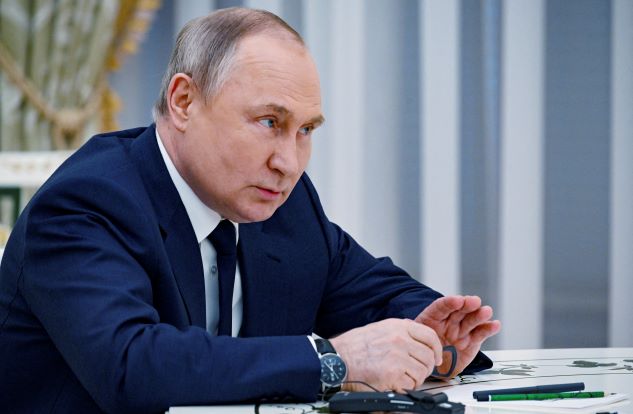 Moscow: Russian President Vladimir Putin would be undergoing cancer surgery and temporarily hand over power to hardline former federal police chief, according to a latest report.

Putin will transfer control of Russia’s government to Nikolai Patrushev, head of the Russian federal police’s Security Council, while he is incapacitated during and after the procedure, New York Post quoted a video from the mysterious Telegram channel “General SVR” on Saturday.

The channel is purportedly run by a former Russian Foreign Intelligence Service lieutenant general known by the pseudonym “Viktor Mikhailovich”. The New York Post cited the unconfirmed report as stating that the anticipated surgery and recovery are expected to incapacitate Putin for “a short time”.

The narrator of the video said, “Putin is unlikely to agree to hand over power for a longer period of time. I will say that this is the worst option. Patrushev is an outright villain. He is no better than Vladimir Putin. Moreover, he is a more cunning, and I would say, more insidious person than Vladimir Putin. If he comes to power, Russians’ problems will only multiply.” However, Pentagon spokesman John Kirby has not confirmed the report.

“I have seen nothing that could help us corroborate that,” he said on Monday. According to The New York Post, the video follows reporting from Russian investigative outlet The Project, which — in a sizeable report on the strongman’s vigor — claimed he has been seen by a cancer doctor 35 times in recent years.