Punjab should get special package for industrial growth: Manpreet Badal

Badal sought the allotment for a Pharma park, a Food Park and a Textile Park for Punjab, which will act as a game-changing step for Punjab. 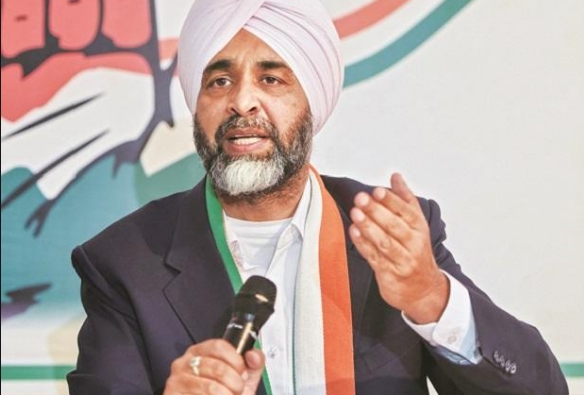 Chandigarh: Punjab Finance Minister Manpreet Singh Badal has said that Punjab, known as the ‘sword-arm of India’, has always resisted external intrusions thus the border state must be seen from the point of view of national security, not just from the economic point of view at the time of budgetary allocation.

He said that a special package should be given to the state.

Manpreet Singh Badal stated this during a virtual discussion with Union Finance Minister Nirmala Sitharaman, the topic of the discussion was stepping up investment, infrastructure and growth in the country.

While strongly recommending the case of Punjab for considering special packages to wean away from the agrarian state to industries, he apprised the Union Minister, the landlocked state also deserves special packages at par with its immediate neighbouring states such as Himachal Pradesh, Jammu & Kashmir and Uttarakhand, saying that biological chain of Punjab is very strong and its people are very hard working.

“Let not the geography of Punjab define its future as the state fought for the nation in 1947, 1962, 1965 and 1971, besides the ten years war against terrorism which sponsored by “our friends” across the border,” he added.

Punjab needs some nourishment from the Union Government as the state is facing new age challenges in terms of the transformation of its agriculture, said the Finance Minister while urging Sitharaman to come out with some schemes like PLI which was given to industry so that Punjab can successfully switch to other crops or animal husbandry from the current two crop pattern.

“It will not only increase the income of the farmers but also help in conservation of groundwater and solve the problem of stubble burning which is again a burning issue in the country,” he said.

Badal sought the allotment for a Pharma park, a Food Park and a Textile Park for Punjab, which will act as a game-changing step for Punjab.

As far as power generation is concerned, he said, “Punjab is the farthest destination from coal mines and actually we want to switch from fossil fuels into either solar or gas if possible. If we can somehow retire our coal-fired power stations, power will become cheap in the state.”

He said that Punjab has very good infrastructure in terms of logistics but there are missing links in railways including at Patti and Makhu, Rajpura and Mohali, and Beas and Qaddian. “You will be presenting a railway budget with the union budget if these links of just 20-30 km can find favour in your budget Punjab would be very well placed in terms of Railways and travellers won’t have to make round trips to Ambala to get to Rajasthan or Gujarat,” he said.

Urging to look for options to provide services to the citizens at their doorsteps using technology, Badal urged the Union Finance Minister to ask the Union Health Minister to start the National Institute of Virology as soon as possible as the land has already been provided for the same.

He also requested the approval of Punjab’s case of Special Central Assistance for the Capital projects for Rs 150 crores, which is somehow stuck at the central government level.