Punjab: Ex-MLAs to get pension for only one term 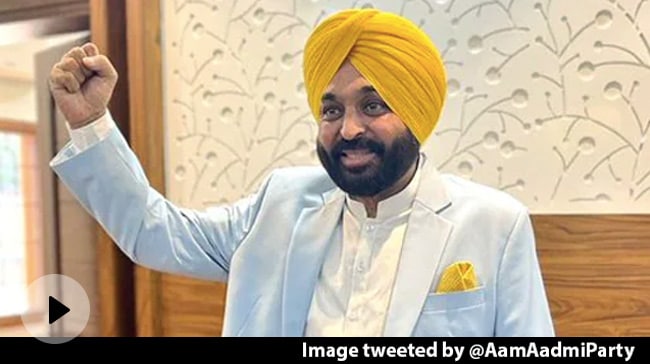 Chandigarh: All the former MLAs of Punjab Legislative Assembly will get pension for only one term, either one won one time or ten times, Chief Minister Bhagwant Mann announced on Friday.

The money saved from it will be spent on the welfare of people, the PTI quoted the Chief Minister as saying.

An MLA gets a pension of around ₹ 75,000 per month for one term. Thereafter, an additional 66 per cent of the pension amount is given for each subsequent term.

More than 250 former MLAs are getting pension at present.

“Ex-MLAs in Punjab, even if they have won twice, five times or ten times, they will now get pension for one term only,” said Mann in a video message while adding that several MPs are also getting pension for remaining MLAs earlier.

“Our political leaders, including MLAs, seek votes from you with folded hands by saying that give us a chance to serve you,” Mann said in his address.

“But you will be surprised to know that several MLAs who won thrice, four times or five times and then after losing the elections or after not getting tickets for contesting the polls, get lakhs of rupees in pension per month,” he said.

A reduction will also be made in their family pensions as well, Mr Mann stated.

He said he has given necessary directions to officials in this regard.

The CM later in a tweet said, “Today, we have taken another big decision. The pension formula for Punjab’s MLAs will be changed. MLAs will now be eligible for only one pension. Thousands of crores of rupees which were being spent on MLA pensions will now be used to benefit the people of Punjab.” A few days ago, SAD patriarch Parkash Singh Badal, who is 11-time legislator, had said he will not accept pension as an ex-MLA.

The nonagenarian had asked the Punjab government and the Vidhan Sabha speaker to divert his pension to some social work, “preferably to help some needy girl students in their education”.

Had Mr Badal decided not to forego the pension, he would have received more than ₹ 5 lakh per month as pension.

Congress MLA Sukhpal Singh Khaira welcomed the state government’s decision. “I welcome the decision of one pension to ex-MLAs taken by @BhagwantMann particularly in view of the colossal debt of ₹ 3 Lac Cr on which we’re paying an annual interest of ₹ 30 K. One pension is justified as lots of MLAs have virtually contributed their lifetime in politics,” said Khaira in a tweet.

“I welcome the ‘one MLA, one pension’ decision of @BhagwantMann Govt. This will reduce the burden on Punjab’s finances. As the main opposition, we will continue to play a constructive and responsible role. Punjab comes first to us,” said the Jalandhar Cantt MLA.

Former Congress MLA Kuldip Vaid accused AAP of presenting wrong facts. “AAP has wrongly propagated that if one becomes MLA for five times then he will get five pensions. It is wrong. Only an increment is given. Therefore, I do not agree with Bhagwant Mann’s decision of stopping the increment. Yes, the percentage can be reduced,” said the former MLA from Gill seat in Ludhiana.

“How an MLA who does not have any business or resources will run his house,” he asked.