Proposal of ‘All Party Govt’ in Nagaland! 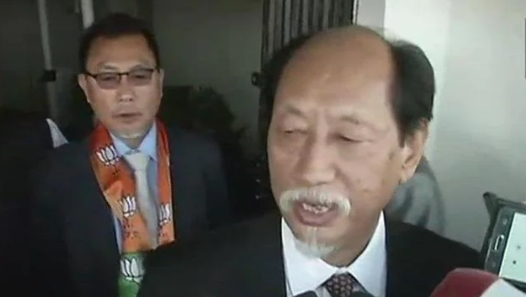 According to various sources, the coming together was facilitated after the formation of the Core Committee for Naga Political Issue on June 16 last, where the NDPP reportedly invited NPF to be part of an all-party government after which NPF legislators met at Dimapur yesterday, after a marathon meeting, 18 NPF legislators decided to accept the offer without pre-conditions in the interest of Naga political solution. However, sources said that the BJP, a constituent of the PDA coalition was yet to make its stand known. The sources said BJP legislators will consult Central BJP leaders before taking any decision.

However, it was informed that Chief Minister Neiphiu Rio is likely to take up the matter with Central BJP leader and will take their opinion of the formation of all party Government. There was still confusion about the opposition NPF purportedly declaring to join the ruling PDA Government in Nagaland or the opinions were divided. A clear picture is yet to come.