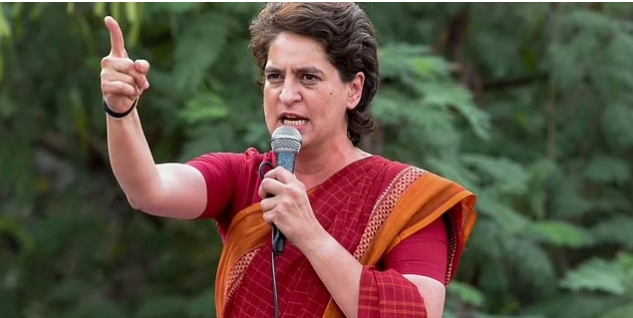 New Delhi: Congress general secretary Priyanka Gandhi Vadra on Friday launched a fresh attack at the BJP-led government in the Centre over unemployment and said it neither has a solution nor an answer to this burning issue.

“The record-breaking unemployment in the BJP government is depressing the youth. But the government has neither a solution nor an answer to this problem,” she wrote.

She also claimed that 11,724 people committed suicide in 2021 due to unemployment.

Congress has been accusing the BJP government of failing to address the unemployment problem.