The PCI has directed the respondents to file their reply within two weeks of the receipt of the notice enabling the authority to determine the further course of action. 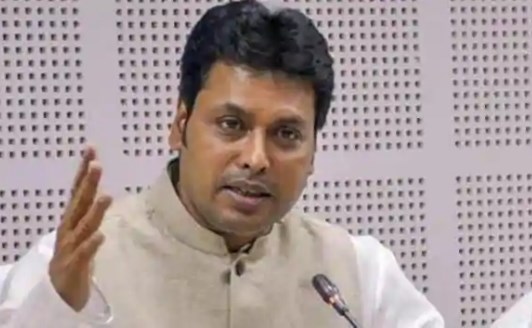 Agartala: After six months Press Council of India (PCI) finally sought a reply from the Chief Secretary, Home Secretary and Director General of Police in Tripura for threatening media in a public function on September 11 last year by Chief Minister Biplab Kumar Deb and followed by growing incidences on media and journalists.

The PCI has directed the respondents to file their reply within two weeks of the receipt of the notice enabling the authority to determine the further course of action. Meantime, two teams of PCI visited Tripura and heard the complaints of media organisations against the state government and received detailed memorandums.

The Chief Minister Biplab Kumar Deb while laying the foundation stone of SEZ in Sabroom of South Tripura, lashed out at a section of the media stating that they were publishing stories regarding mismanagement in hospital and public sufferings during Covid-19, which had been misleading the people of the state.

He warned saying “History shall not forgive them (media); the people of Tripura will not forgive them. I will not forgive them. History stands witness to the fact that I Biplab Deb, do what I say”. This unprovoked threat created a furore amongst the media and within a few hours of the threat, two Journalists were badly bashed up by the miscreants and the figure rose to 23 so far in different parts of the state in six months.

“In all the occasions, miscreants abused the journalists and media for writing against corruption and misrule of BJP-IPFT government and openly referred to the threat of Chief Minister to media. The local BJP leaders, even the ministers of Biplab Deb’s cabinet have been dictating journalists what to write and how to explain the events and political incidents,” said the complainant Subal Kumar Dey, Chairman of Assembly of Journalists (AoJ), the apex body of media here.

Neither the state government nor the ruling BJP and IPFT condemned a single incident of attack on media and journalists as of now. As a result, police did not respond properly, rather desperately tried to shield the criminals, which is believed to encourage the goons of the ruling party to continue attacks on media personnel, he stated to PCI.

Three days ago, a senior journalist of leading daily Sajal Baidya attacked suddenly near Belonia town in South Tripura in broad daylight and he was assaulted by unknown miscreants who allegedly abused his profession and media activities in Tripura that clearly indicated from where the criminals are getting indulgence, Dey pointed out.

A week ago allegedly a group of miscreants led by a village council Chairman of the ruling party in Shantipur under Kanchanpur Sub-division in North Tripura has attacked a local journalist identified as Bikas Das who went to interact with the accused Chairman Sumel Chakma seeking clarification regarding some serious corruption charges raised against him. Bikas was beaten up badly and left unconscious with serious head injuries in a forest nearby.

“Unfortunately, Chief Minister apprised the assembly that Bikas is a contractor and a part-time journalist and he had gone there to visit his work site, not for journalism. He had gone to a house and attempted to rape the wife of Sumel Chakma. The women in the house chased him and he fell in the jungle, which caused an injury in his forehead and he was booked under section 376,” Dey alleged.

The AoJ informed the PCI visiting delegation recently that the journalists of the state are now feeling insecure after witnessing the state-sponsored conspiracy against a media person after the attempt of the Chief Minister to protect the criminals and socially malign the media community on the sacred floor of the assembly.