She provided inspiring leadership to her nation and people. 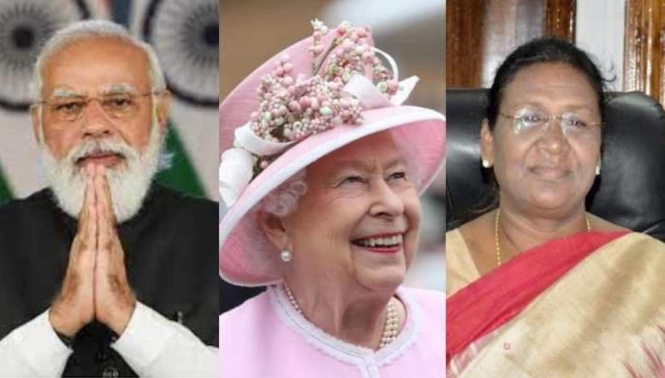 Queen Elizabeth II passed away at the age of 96, Buckingham Palace announced on Thursday night.

“In the demise of Her Majesty Queen Elizabeth II of the UK, the world has lost a great personality. An era has passed since she steered her country and people for over 7 decades. I share the grief of the people of the UK and convey my heartfelt condolence to the family,” President said in a tweet.

“Her Majesty Queen Elizabeth II will be remembered as a stalwart of our times. She provided inspiring leadership to her nation and people. She personified dignity and decency in public life. Pained by her demise. My thoughts are with her family and people of the UK in this sad hour,” PM tweeted.

“I had memorable meetings with Her Majesty Queen Elizabeth II during my UK visits in 2015 and 2018. I will never forget her warmth and kindness. During one of the meetings, she showed me the handkerchief Mahatma Gandhi gifted her at her wedding. I will always cherish that gesture,” PM said in another tweet.