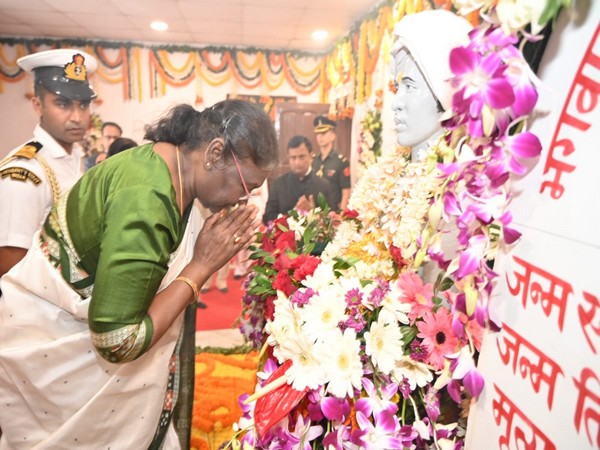 Khunti: President Droupadi Murmu on Tuesday landed at the birthplace of Bhagwan Birsa Munda at Ulihatu and paid floral tributes to him on the occasion of his birthday which also coincidences with State Formation Day of Jharkhand.

Annapurna Devi and Minister of State for Women, Child Development and Social Welfare Joba Manjhi, who also paid tributes to ‘Dharti Aaba’ by garlanding his statue.

On this occasion, Murmu also met the descendants of Bhagwan Birsa Munda.

Elaborate security arrangements were made during the programme and common people were not allowed to reach Birsa’s birthplace during the presence of the President.