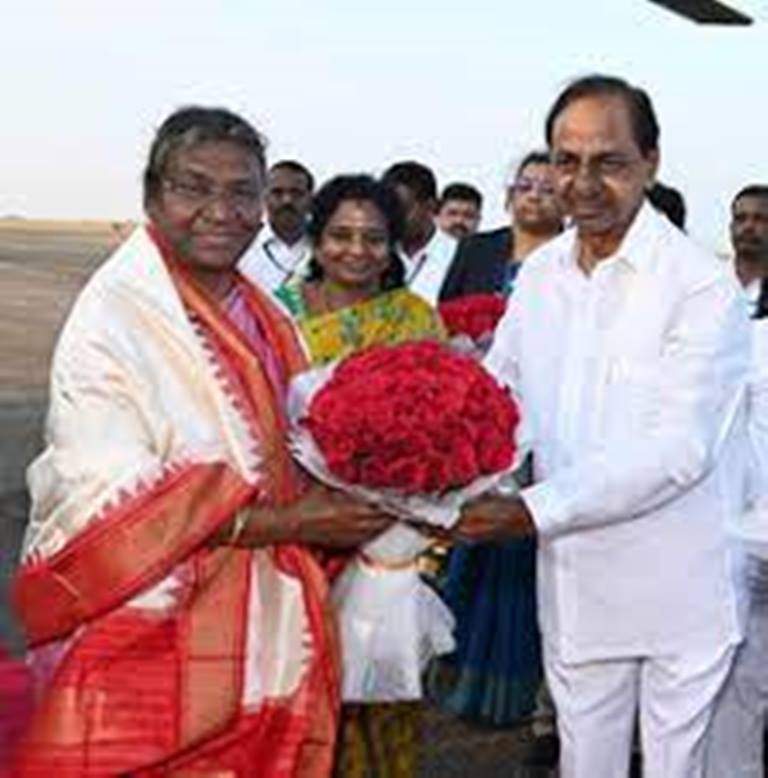 Soundararajan later tweeted ‘Thank you Hon’ble President of India Smt.Droupadi Murmu for your valuable visit to Rajbhavan #Hyderabad and your kindness to have dinner with us & other eminent guests amidst your busy schedule in #Telangana & #AndhraPradesh. @rashtrapatibhvn

KCR and his son KTR welcomed the President at Air Force Station (AFS) in Hakimpet near here on her arrival from Srisailam.

The Chief Minister reportedly left for his farmhouse in Erravelli, on the outskirts of the city after that.

Murmu will attend as Guest of Honour for ‘Azadi Ka Amrit Mahotsav Celebrations of Keshahva Memorial Education Society at Narayanaguda this morning where she will address the students and faculty members.