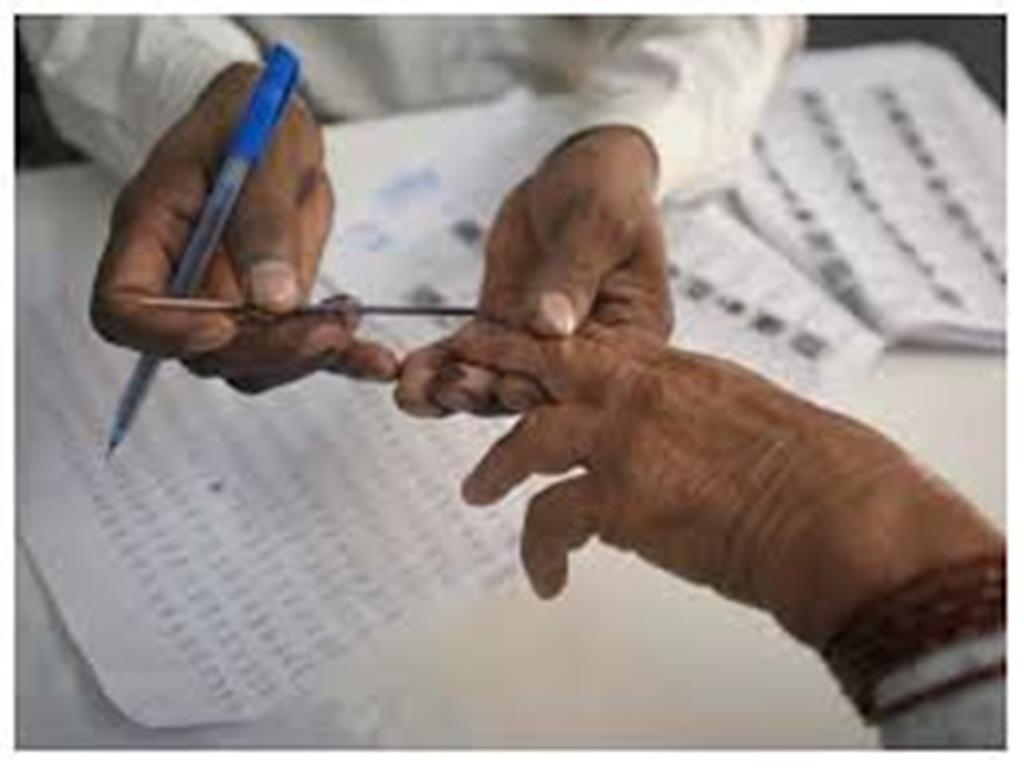 Lucknow: Polling began amidst tight security for the by-polls for Mainpuri Lok Sabha parliamentary constituency along with Rampur Sadar and Khatauli assembly seats on Monday.

The Office of Chief Electoral Officer (CEO) of Uttar Pradesh said that the polling which started at 7 am and will continue till 6 pm. Counting of the votes will be held on December 8, it said.

The officials said that 24.43 lakh voters, eligible to cast their votes, will decide the electorate fate of 30 candidates, including six women, in by-poll for one Lok Sabha and two assembly seats.

The officials said that polling is being held at 3,062 polling stations set up in 1,945 polling centers. “To maintain a close vigil on the poll process three general, expenditure and police observers each have been deployed. In addition to this 288 sector magistrate, 48 zonal magistrate and 636 micro observers have been deployed,” they said.

Police sources said that monitoring of sensitive polling centers is being done through drones.

It may be noted that by-poll for Mainpuri Lok Sabha seat has been necessitated following the demise of sitting MP, SP founder and Patriarch Mulayam Singh Yadav, Mainpuri is considered to be an SP bastion, which the party had never lost since 1992.

This time banking on the sympathy card, SP has fielded Akhilesh’s wife Dimple Yadav from the seat. In fact, Akhilesh too campaigned extensively on this seat seeking support for Dimple. He even made a truce with his uncle Shivpal Yadav, whose assembly seat Jaswant Nagar, falls in Mainpuri Lok Sabha seat.

On the other hand buoyed with its success in recently held by-polls for Azamgarh and Rampur Lok Sabha, once considered to be strongholds of SP and its senior leader Mohammad Azam Khan respectively, BJP is leaving no stone unturned to breach the fort. As a part of its efforts the party has fielded Raghuraj Shakya, who was once considered close to Shivpal, from Mainpuri.

This could be gauged from the fact that while Chief Minister Yogi Adityanath held two rallies in Mainpuri, a battery of senior BJP leaders, including state president Bhupendra Singh and Deputy Chief Minister Keshav Prasad Maurya, almost camped there.

On Rampur Sadar assembly seat stakes are high for senior SP leader Azam Khan. Here SP has fielded Asim Raja, a close associate of Azam, as its nominee. Stakes are also high for Azam as by-poll on this seat was necessitated after his disqualification from assembly after being convicted for three years in the 2019 hate speech case.

In Rampur, while Azam made emotional appeals to the voters citing injustice meted out to him by the BJP government. Though it has landed him in a soup as two cases have been lodged against him for making objectionable remarks.

Akash is not only a political rival of Azam, but is also a complainant in a majority of the cases lodged against the senior SP leader. In assembly elections Akash lost to Azam by a margin of 55,141 votes. But, this time BJP is not leaving any stone unturned to breach Azam’s fort as it held rallies of several senior leaders, including CM Yogi and former Union Minister Mukhtar Abbas Naqvi.

In the Khatauli assembly seat in Muzaffarnagar district there is a direct contest between BJP nominee Rajkumari Saini and RLD nominee Madan Bhaiyya. By-poll on this seat has been necessitated due to the qualification of BJP nominee’s husband and sitting MLA Vikram Singh Saini.

Vikram Singh was convicted for one year in connection with riots in Kawal town in Muzaffarnagar district in 2013.