The Chief Minister was accused of breaking the law with her comments on Muslim votes and for allegedly urging voters to revolt against central security forces. 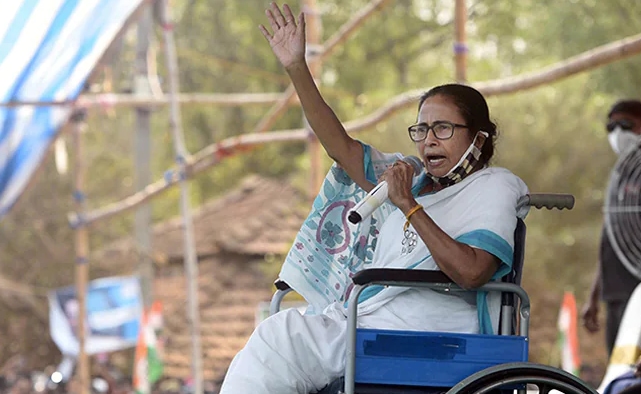 New Delhi: The Election Commission on Monday imposed a 24-hour campaigning ban from 2000 hrs April 12 to 2000 hrs April 13 on West Bengal Chief Minister Mamata Banerjee for the violation of Model Code of Conduct.

The Chief Minister was accused of breaking the law with her comments on Muslim votes and for allegedly urging voters to revolt against central security forces.

“….[Ms Banerjee] made highly insinuating and provocative remarks laden with serious potential of breakdown of law and order and thereby adversely affecting the election process,” the poll body charged.

The Commission sternly warned Banerjee and advised her to desist from using such statements while making public utterances during the period when the MCC is in force.

The complaint against Banerjee was raised by Union Minister of Minority Affairs Mukhtar Abbas Naqvi.

The Bengal Chief Minister, 66, had been served two notices last week by the Election Commission, which said her replies to them betrayed “selective amnesia”.

Mamata Banerjee announced a sit-in protest against the ban. “To protest against the undemocratic and unconstitutional decision of the Election Commission of India, I will sit on dharna tomorrow at Gandhi Murti, Kolkata from 12 noon,” she tweeted. With agency inputs