Party General Secretary Ajay Maken meanwhile questioned if the security was deployed because the party announced a protest against the price rise. 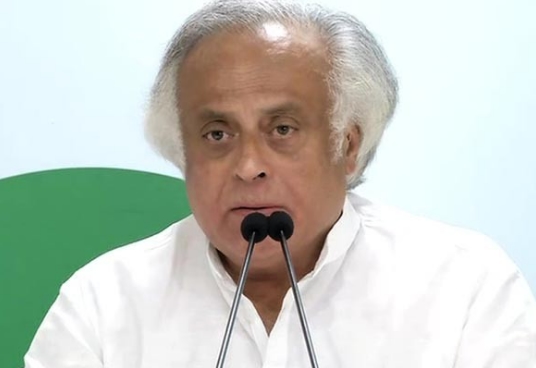 New Delhi: Congress on Wednesday accused the government of vendetta politics as heavy security was deployed outside the headquarters of the party at Akbar Road in Delhi, and outside the residence of party President Sonia Gandhi and Rahul Gandhi.

“Delhi Police blocking the road to AICC Headquarters has become a norm rather than an exception! Why have they just done so is mysterious…” party leader Jairam Ramesh said in a tweet.

At a press conference later, he said, “Who controls the Delhi Police that is trying to stop our protest the day after?”

Party General Secretary Ajay Maken meanwhile questioned if the security was deployed because the party announced a protest against the price rise.

Party leader Abhishek Manu Singhvi said the government is using it as a diversionary tactic.

“I was astonished to see people cannot come and go (in the Congress office). After 50 hours of questioning Rahul Gandhi, Congress president, after asking more than 200 questions put together, today they have laid a siege at the Congress office,” Singhvi said.

“Investigative agencies are deployed mindlessly against the leadership of India’s oldest party. You are treating them as terrorists, it’s the worst form of petty politics. But our voices will not be silenced by this. We will never relent,” he said.

“The police deployed in front of our party office, houses of our leaders, shows PM believes in politics of threatening. We will not run away, we will carry on with our peaceful protest against the economic policies of the government,” he said.

Similar barricading was done by the police on the days when Sonia Gandhi and Rahul Gandhi were questioned by the ED.

The ED has also temporarily sealed the offices of Young Indian (YI) in the Congress-owned National Herald office in Delhi.

ED on Tuesday carried out searches at Herald House and various locations in Delhi and other places in the alleged money laundering case.

Congress President Sonia Gandhi was questioned by ED in the case on July 21, 26, and 27.

The National Herald case is related to a complaint filed in the court of the Metropolitan Magistrate that Associated Journals Limited (AJL) took an interest-free loan of Rs 90.25 crore from the Indian National Congress, which was not paid back.

Congress has maintained there has been no money laundering involved and has called the summon a politically motivated move by the Modi government.