He will also hold several bilateral meetings, including with the Italian Prime Minister Mario Draghi. 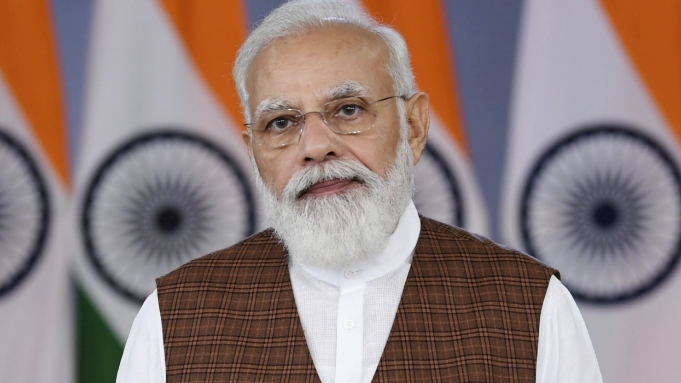 New Delhi: Prime Minister Narendra Modi will be travelling to Rome, Italy, and Glasgow, UK, from October 29-November 2, to attend the 16th G-20 Summit and the World Leaders’ Summit of COP-26 respectively.

PM Modi will be participating in the 16th G-20 Summit in Rome from October 30-31 at the invitation of the Prime Minister of Italy Mario Draghi. The Summit will also be attended by Heads of State/Government of G-20 Member Countries, the European Union, and other invited countries and International Organizations.

He will also hold several bilateral meetings, including with the Italian Prime Minister Mario Draghi.

This will be the 8th G-20 Summit that the Prime Minister will be attending.

PM Modi will thereafter travel to Glasgow to attend the World Leader’s Summit of the 26th Conference of Parties (COP-26) to the United Nations Framework Convention on Climate Change (UNFCCC), at the invitation of UK Prime Minister Boris Johnson. The high-level segment of COP-26, titled the World Leaders’ Summit (WLS), will be held on November 1-2.

He will hold numerous bilateral meetings on the sidelines of COP-26, including with the UK Prime Minister Boris Johnson, an official statement said.

The G-20 has emerged as the premier global forum for international economic cooperation.

India is scheduled to host the G-20 Summit in 2023 for the first time.

The forthcoming G20 Summit under the Italian Presidency is centred around the theme ‘People, Planet, Prosperity’, focussing on the areas of (i) Recovery from the Pandemic and Strengthening of Global Health Governance, (ii) Economic Recovery and Resilience, (iii) Climate Change and Energy Transition, and (iv) Sustainable Development and Food Security.

COP-26 is being held from October 31 to November 12 under the Presidency of the UK partnering with Italy.

The Summit will be attended by Heads of State/Government of more than 120 countries. COP-26 was originally slated to be held in 2020, but was deferred to 2021 in view of the Covid-19 pandemic.

The UNFCCC embodies the global will and vision to combat climate change. The periodic Conference of Parties to this Convention have emerged as global climate summits, providing an opportunity for stocktaking and for charting the way forward.

Prime Minister Modi last attended the COP-21 in Paris in 2015, when the Paris Agreement was concluded, and whose implementation commences this year.

At COP-26, the Parties will work to achieve the completion of Paris Agreement implementation guidelines; the mobilization of climate finance; actions to strengthen climate adaptation, technology development and transfer; and keeping in reach the Paris Agreement goals of limiting the rise in global temperatures, the statement added.