In the first two days, the department has culled 165 pigs at the government-run Debipur pig rearing farm in the Sepahijala district. 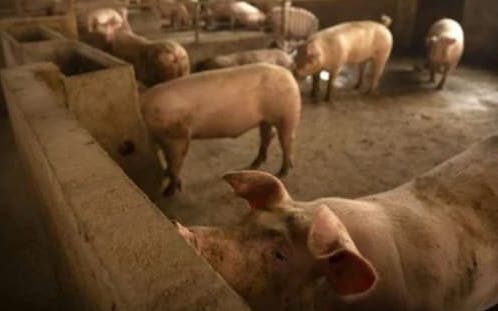 Agartala: With the direction of the Central government over 225 pigs and piglets were culled by Tripura Animal Resource Development (ARD).

In the first two days, the department has culled 165 pigs at the government-run Debipur pig rearing farm in the Sepahijala district.

The precautionary measures have been undertaken immediately after the report of the suspected death of a few pigs but culling began on Saturday. “On Saturday 121 pigs and piglets were culled at Debipur farm while 44 pigs were disposed of in the localities falling under one km radius”, said Director of ARD, D K Chakma adding two teams have been pressed into the task and at least 27 pigs have died at Debipur farm mysteriously.

He said an alert has been sounded across the state to stop the movement of pigs and piglets from one place to another as part of precautionary measures.

He, however, made it clear that pork is fit for human consumption after proper boiling as it is not infectious like African Swine Flu.