Addressing a presser, Congress national spokesperson Randeep Surjewala alleged that the government compromised national security and violated the right to privacy as it spied on journalists, activists, opposition leaders, and even their own ministers through Pegasus software 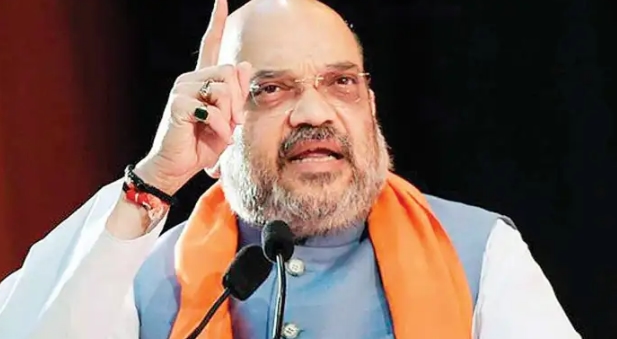 New Delhi: The Congress on Monday alleged that the government snooped on several Indians, including Congress MP Rahul Gandhi, via Israeli spy software Pegasus, and demanded the sacking of Union Home Minister Amit Shah and investigations against Prime Minister Narendra Modi.
Addressing a presser, Congress national spokesperson Randeep Surjewala alleged that the government compromised national security and violated the right to privacy as it spied on journalists, activists, opposition leaders, and even their own ministers through Pegasus software developed by an Israeli company for snooping on terrorists and criminals.
“The Modi government has given the personal information of people to a foreign company to spy on them,” Mr Surjewala alleged.
As per media reports, which have started surfacing from Sunday evening, over 50,000 people worldwide, which also includes Indians, were targeted through hacking their smartphones.
Information and Broadcasting Minister Ashwini Vaishnaw the media reports as an “attempt to malign the Indian democracy and its well-established institutions” and claimed that the government did not resort to any such tactics.
“The presence of a phone number in the data does not reveal whether a device was infected with Pegasus or subject to an attempted hack,” the Minister said.
Countering the assertions of Mr Vaishnaw, the Congress spokesperson claimed that the former IT minister Ravi Shankar Prasad in 2019 in a written reply to Congress had admitted to receiving information of hacking of WhatsApp account of several Indians through Pegasus.
Mr Surjewala said the government must make public ‘the deal it is having with the Israeli company’.
Leader of Opposition in Rajya Sabha Mallikarjun Kharge, who was present in the conference, said Mr Shah can no more continue as the Union Home Minister as he has allegedly compromised the internal security of India.
“The act of illegally spying of people amounts to treason and a probe should be ordered against Mr Modi,” Mr Kharge demanded.
Pegasus is malware that infects iPhones and Android devices to enable operators of the tool to extract messages, photos and emails, record calls and secretly activate microphones.