Over half of Ukrainian refugees in Switzerland receive ‘S’ status 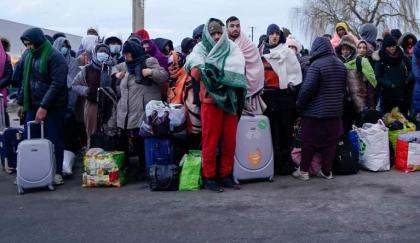 Geneva: Over 14,500 Ukrainian citizens have applied for asylum in Switzerland since February 24, with 7,622 of receiving a special “S” status, which went into effect on March 12, giving refugees the right to work, attend school, receive compensation and file for family reunification, the country’s State Secretariat for Migration (SEM) told Sputnik.

Swiss authorities began giving S status to all those going to the country because of the conflict in Ukraine on March 12. This status is issued for one year and is renewable if the conflict continues. The S permit allows Ukrainian citizens, as well as citizens of other countries who had a valid Ukrainian residence permit as of February 24, the right to work, including self-employment, insurance, school education for children, free movement both within and outside the country, and the possibility of family reunification.

S status also entitles them to free courses in Switzerland’s national languages and a monthly payment of 1,500 Swiss francs per person ($1,600). If refugees cannot return to their country of origin after five years, they will receive an official residence permit category B, which allows them to work in Switzerland if they have an employment contract.

S status cannot be awarded to those who have already obtained refugee status in a European country. S status was first created in 1999 for Yugoslavian refugees, but was never implemented due to cumbersome bureaucratic processes.