Over 4,000 US flights cancelled, delayed due to sever winter weather

Well over 300 flights were canceled in such airports as LaGuardia near New York City, Settle-Tacoma International in the state of Washington, as well as in Detroit and both airports in Chicago. 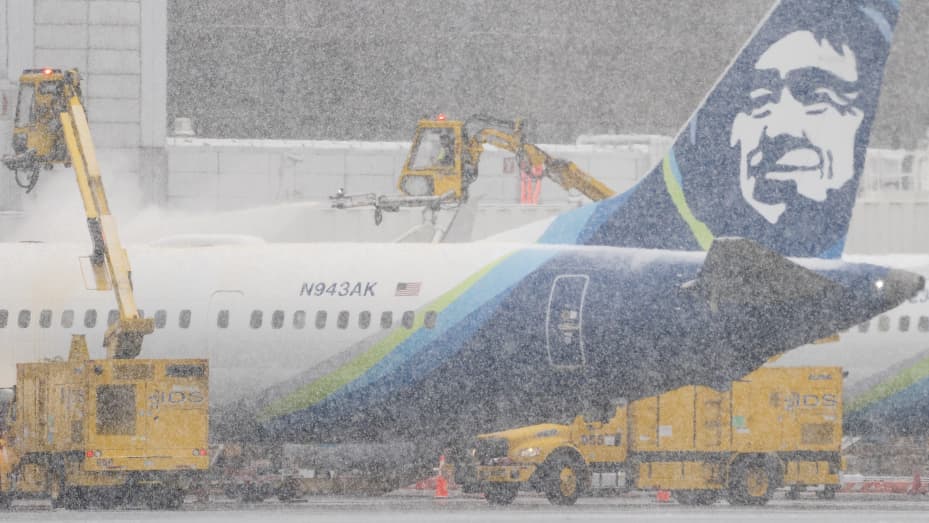 Washington: More than 4,000 US flights were canceled or delayed on Friday due to severe winter weather in most of the country, the FlightAware.com portal reported.

“Total cancellations within, into, or out of the United States today: 3,315,” the tracker said.

Another 1,400 flights were delayed, it added.

Well over 300 flights were canceled in such airports as LaGuardia near New York City, Settle-Tacoma International in the state of Washington, as well as in Detroit and both airports in Chicago.

In the US capital area, more than 170 flights, or almost 20%, were canceled in the Reagan National Airport. Almost 140 flights were canceled in two other airports in the region – Baltimore-Washington and Dulles International.

The National Weather Service (NWS) issued a warning about heavy snow, strong winds and life-threatening cold for the central and eastern US.

“A powerful winter storm and sharp cold front will continue to produce snow from the Midwest and Ohio Valley through the Great Lakes and interior Northeast into this weekend. The combination of very cold temperatures and gusty to high winds over much of the central and eastern U.S. will continue dangerous wind chill temperatures behind the sharp cold front. Flooding is possible in the Northeast,” the warning read.

Over 200 million people, or roughly 60% of the US population, are under winter weather warnings or advisories across the country, it added.